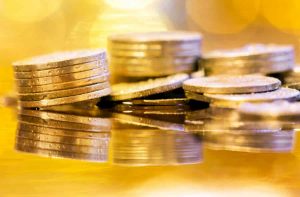 Endeavouring to create a world where businesses and organisations are safe from money launderers, Smartsearch are calling on whoever wins the election today (December 12th) to publish the final 5AMLD rules promptly in order for legal firms, who will be impacted by the regulations, to have enough time to adapt and climatise to their new processes and systems.

Since the introduction of the 2017 Money Laundering Regulations came into force, conveyancers and key stakeholders have continued to struggle to battle against fraudsters. The 5AMLD will bring fresh new regulations in the hope that it tackles head on the issues of money laundering.

The EU’s Fifth Money Laundering Directive came into force in July 2018 with a requirement on all Member States to transfer the Directive into domestic law by 10 January 2020. The new regulations will have a significant impact on Know Your Customer (KYC) and due diligence processes for lenders, brokers, estate agents and introducers.

In April 2019, The UK Government discussed how they were going to meet this obligation, but political, economic and Brexit uncertainty has caused a delay in the final regulations being published.

Chief Executive of Smartsearch, John Dobson has written an open letter to the Chancellor of the Exchequer to:

“….take action as soon as possible to ensure new regulations relating to money laundering are published without further delay.”

“The Treasury published its consultation on the transposition of the Directive in April but since then the political situation, and the uncertainty as to the UK’s status in relation to the EU, have regrettably served to prevent this important issue commanding the attention it deserves. As a result, the necessary regulations have yet to be laid before Parliament.

“It is not just big banks that are affected by the regulations: law firms, accountancy practices, estate agents and firms dealing in high-value goods are all directly affected, regardless of their size….”

The letter continued to address electronic verification (EV) of identity in relation to firms’ Know Your Customer (KYC) and Customer Due Diligence (CDD) obligations which are clearly referred to in the Directive. It highlights that EV has been proven to be a lot more effective than manual checks, due to the fact that fraudsters are becoming more and more sophisticated at fabricating forged documents that even experts struggle to spot.

It has been noted by Smartsearch in the open letter that the Directive calls for EV to be utilised where available, but they believe “this does not go far enough” and have urged the UK Government “to go one step further and make the use of EV mandatory.”

As well as being more secure than manual identity checks, smartsearch believe EV is also quicker and more cost-effective for firms to implement. Adopting EV as standard would demonstrate the UK’s continued global leadership in the fight against money-laundering.

“Money laundering helps to finance some of the most serious criminal activity, from international drug cartels to people-trafficking and terrorism. Whoever is elected on Thursday (December 12th) has to get to grips with this issue fast.

“It is right that firms in affected sectors play a full part in tackling money laundering but it is important also to recognise that this places a significant burden on businesses. The government should get on with publishing the new rules so that firms know where they stand.

“But businesses can’t afford to wait – there is already a very short timeframe between now and 10 January. They need to be taking action now to get ahead of the game and ensure they are fully compliant.”

The 5AMLD will be addressing any weaknesses that came to light since the introduction of the Fourth Money Laundering Directive on 26th June 2017. Law firms have been continually improving their processes in regard to anti-money laundering procedures but many regulatory findings have suggested that non-compliance is still a critical issue in the legal sector.

With now less than a month to go until the 5AMLD comes into force, hear from compliance professionals, Colette Best, Director of anti-money at SRA, Director of Thirdfort, Olly Thornton-Berry and Brian Rogers, Tegulatory Director and Head of Content & Thought Leadership at Riliance on what it will mean for legal practitioners.

Are you ready for 5AMLD? Do you agree that electronic verification (EV) of identity should be made mandatory?