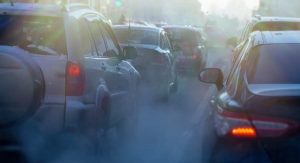 A new report aimed at educating home movers on air quality around their prospective new home has been launched.

This month, Air Pollution Services launched their AirChecker™️ which will make it easier for consumers and their property professionals to get the information they need to make the right decision.

The Air Pollution Services’ (APS) report is a comprehensive review of the risk of exposure to air pollution for current and future occupants of a property. It provides a simple summary, but also detailed information on the data sources, local measured concentrations, predicted concentrations close to roads and further afield. It uses official government data together with APS’s expert interpretation. It is regularly updated as data from local authorities and Defra become available. It includes information on air quality management areas (AQMAs) and clean air zones.

AirChecker™️ can be relied upon by surveyors, lawyers, estate agents and other professionals because it has gone through a vigorous approval process by the Property Ombudsman and is an affiliate member of CoPSO.

The national air quality standard for the most prevalent air pollutant, nitrogen dioxide (NO2), was meant to be achieved by 2005. Fifteen years later it is still being widely exceeded across the country, despite government accepting that it causes harm at levels below the standard, probably at much lower levels.

Particle pollution (PM2.5) is also important, but the national standards are so high that it is easily achieved.  In England, Wales and Northern Ireland the standard is 2.5 times higher than those set by the World Health Organization (WHO); in Scotland it is the same as the WHO guideline.  The WHO guideline is based solely on the health evidence whereas the national standard is based on many other consideration such as the technical and economic feasibility of achieving it.

As more research has been done over the years, evidence of the health effects grows year by year, showing adverse effects over a wider range of organs including the lung, heart and brain. The levels of pollution at which health has been affected have been shown to be lower than expected too. The WHO guidelines are now 15 years old and have recently been revised. The new guidelines are anticipated to be published next month (September/October 2021) and should confirm the finding that some adverse health effects are being caused by far lower levels of pollution.

Since the Environmental law group ClientEarth successfully took the Government to task over the National Air Quality Plan in November 2016 interest in litigation over poor air quality has grown. A number of law firms and pressure groups are currently looking to bring group actions against the government for damaging people’s health.

One law firm has suggested that those selling, or leasing property may be in breach of the Consumer Protection from Unfair Trading Regulations 2008, if they fail to inform buyers/tenants of the pollution levels outside a property. It is possible that consumers could come together and seek permission for group actions to pool the time, expense and effort required, for a single action. Such claims may be capable of attracting third party funders, so removing financial risk in the event that they are unsuccessful.

In December 2020 a Coroner’s court concluded that exposure to excessive air pollution contributed to the death of Ella Adoo Kissi-Debrah, a nine year old girl from south London. Air pollution from road traffic was a significant factor in both causing her asthma and exacerbation of her symptoms. This is the first time in the UK and, possibly in the world, that traffic pollution has been linked directly to the death of an individual. The coroner’s conclusions hit the headlines as far away as California.

“Air pollution affects people’s health, but few think to consider it when choosing a new home. Buyers and renters should understand the quality of the air around their new homes before they commit to any transaction to reduce the risk of long term health problems. It is information that sellers and landlords should be providing to perspective residents, but rarely do.

Many people have recently discovered they can happily work from home, which can now be tens or hundreds of miles from their workplace, as the daily commute becomes less frequent. This has led to increasing demand for rural properties, where there is often better value for money and more space.

Although countryside and coastal locations are often associated with clean air, this is not always the case. There are a large number of historical villages and small towns that have congested narrow roads with high air pollution levels as the nearby buildings restrict dispersion of the traffic emissions. Many have been declared AQMAs by their local Councils. Thirty five years after local authorities were first required to investigate air quality in their area, new areas are still being designated.

In 2017 the Central Office of Public Interest (COPI), a not for profit campaign group, began demanding that estate agents automatically disclose air pollution figures to home buyers and that buyers and renters demand a 20per cent reduction in areas of poor air quality.

APS’s AirChecker™️ provides the most comprehensive information on air quality available for consumers. It uses the property address which is more specific than using post codes which includes many homes. Property professionals encouraging clients to use the AirChecker™️ report will ensure that their clients are well informed about air pollution outside their future home. 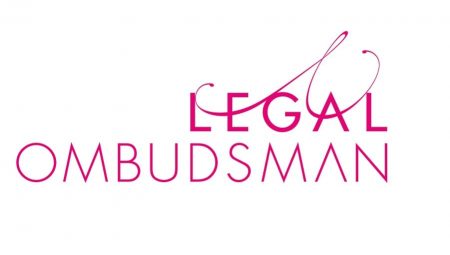