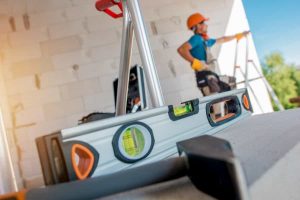 New data from Homes England has revealed that the amount of new housing developments being built are at a 10-year high, with 73% of home building starts being affordable housing.

Between April and September 2019 there were 16,955 new homes started on development sites, with the majority of house building starts being affordable housing; a total of 12,310 being affordable, showing an annual rise of 24%.

Homes England is the agency responsible for coordinating the Government’s affordable housing developments and schemes such as the Build to Rent, Help to Buy (Equity Loan) scheme and House Building Fund.

The enthusiastic department, sponsored by the Ministry of Housing, Communities & Local Government, states they

“have the appetite, influence, expertise and resources to drive positive market change.  By releasing more land to developers who want to make a difference, we’re making possible to the new homes England needs, helping to improve neighbourhoods and grown communities.”

Developers are able to work with Homes England to meet the growing need of affordable housing.  The Homes England Land Hub identifies pieces of land that are able to be released for development, helping developers understand the proposed usage, size and planning status, so that the delivery of new homes can be accelerated.

With the government promising ever increasing numbers of affordable and social housing, Homes England hopes to help meet the demand and promises.

The report found that there had been an increase of 35% on house build starts for social rent, and a 62% increase in social rent housing that had been completed.

“The industry is providing affordable homes at an increasingly rapid rate and this is one of the most important trends in house building right now.

“Affordable housing is a growing focus for both private companies and those responsible for spending government support wisely because of the disconnect between property prices and the scale of house building being achieved nationwide.

“The longer the housing crisis persists, the harder it becomes for developers of all kinds to build enough homes to begin to tame rampant house price growth.

“It has now become received wisdom that affordable housing is the only way to deliver realistically priced homes for first-time buyers, young families and young professionals on anything approaching a sensible time scale.

“It’s an incredibly important card to hold now, and in some areas such as London where house prices are least affordable, this socially conscious initiative has already become an essential strategy.”