A positive outlook for conveyancing market 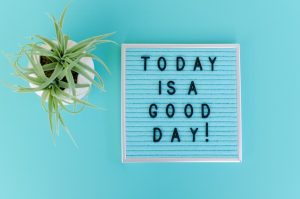 Following the Spring 2021 Budget, market leaders and organisations in the industry voiced their future insights of the property market with great positivity.

In the Chancellor’s Budget it was announced that Stamp Duty Land Tax (SDLT) holiday will be extended to the end of June – followed by a tapering of the SDLT with the nil rate band falling to £250,000 from July until the end of September. Furthermore, the introduction of 5% deposit Help to Buy mortgage scheme was also announced to help all buyers get on the property ladder, which forms part of the Prime Minister’s ‘Generation Buy’ campaign.

In response to the Budget, Savills released their revised forecasts recently entitled ‘Spotlight: Mainstream Residential Property Forecasts’ which looks at the mainstream and prime housing market.

The report acknowledged that 2021 “will be a complex year with competing forces having different impacts on the housing market over the course of the year. But government support, the easing of social distancing restrictions, and low interest rates underpin our forecast for 4.0% price growth.”

Savills report continued by saying due to the pandemic a lot of people spent much more time at home than they have ever done so. The result of this meant the housing market “saw incredible strength as those households with the financial security to do so sought homes that could act as workplaces and schools, as well as places to live.”

Savills’ revisions to their forecasts is following the support given to housing market which was announced in the Budget which they feel will ‘reduce the risk of a mid-year lull in the market’. They said:

“In particular, the activity will be supported by the extension of the stamp duty holiday in England and Northern Ireland, as well as the announcement of a UK-wide guarantee scheme to help buyers who require higher loan-to-value mortgages.”

• The average UK house price will increase by 4.0% in 2021, in a year in which we expect 1.4mil completed residential transactions (a 33% increase compared to 2020). In the prime housing market, they expect prices to rise between 2.0%-3.0% in London in 2021, but by 5.0% in the inner and outer commuter zones beyond the capital. Over the next five years, they expect prices in prime central London to grow by 21.6%, as buyers are drawn to its good value in a historical context with the expectation of a strong rebound when international restrictions ease.

• Given the expectation of a continued low interest rate environment, they expect mainstream house prices to increase by 21.1% over the next five years as a whole. However, they are forecasting that this will vary from 12.6% in London to 28.8% in the North West of England.

• In the prime market, their forecasts reflect a continuation of trends that was seen in 2020, which are fuelled by an ongoing imbalance between demand and supply in the country.

Further latest research by lettings and estate agent, Benham and Reeves has revealed  just how much of the property market is due to remain stamp duty free as a result of the soft landing implemented in the form of a double extension. They said:

Currently, 93% of local authorities across England are home to an average house price that falls below the current £500,000 stamp duty holiday threshold, meaning the average buyer will pay no stamp duty at all.

While this extension is due to expire in June, the government has implemented a ‘soft landing’ by further extending the holiday with a lower holiday price threshold of £250,000.

As a result of this extended deadline, the average homebuyer across 138 local authorities in England will continue to pay no stamp duty at all. That is 44 per cent of the market that will benefit from the double deadline extension announced in last week’s Budget.

In addition, Rightmove had their busiest day ever in regards to their portal statistics which saw an immediate spike in activity following the Chancellor’s Budget announcement of an extension and tapered ending to the stamp duty holiday and the introduction of 5% deposits. Visits to its website on Wednesday 3rd March surpassed 9 million for the first time, overtaking the previous record of just over 8.5 million visits recorded last week.

The new ‘Habito One’ mortgage, as it is being named, will be available from today (Monday 15th March) in England and Wales to first time buyers, existing owner occupiers moving home, and to those seeking to remortgage.

The details of the mortgage is that borrowers can lock in their rate at the beginning of the term – meaning someone securing a mortgage this month would have a fixed rate up to March 2061, and monthly repayments would stay the same throughout the lifetime of the loan.