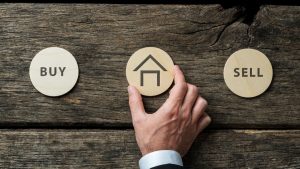 The latest Zoopla House Price Index has revealed that transactions are taking over 100 days from sales agreed to completion, but in the short term this could increase as people rush to complete before the end of the Stamp Duty Land Tax (SDLT) and log jams becoming even more apparent in the pipeline.

The data from the property portal has revealed that the sales pipeline is up by 50% on last year, with 418,000 properties worth £112bn progressing through.

The post-lockdown market resurgence has led to record high sales agreed, with an additional 140,000 transactions in the purchasing pipeline compared to this time last year.

This upsurge in activity follows a significant boost in demand after the extended market closure. Between July and October, sales agreed increased between 40% and 60% compared to the same period in 2019.

Zoopla data also shows that new sales agreed were up 9% year on year in June, growing to 42% in July, and peaking at 62% in August. These sales are now in the transaction pipeline, motioning towards completions.

A race to completion

With a proportion of buyers entering the market to take advantage of the temporary stamp duty relief, there is an increased pressure to act sooner rather than later in order to complete a purchase before the end of March deadline.

At present, it is taking just over 100 days from sales agreed to completion; however, the volume of business means this could increase in the short term. For those keen to beat the stamp duty deadline in March, a sale should ideally be agreed before Christmas – and the property search should begin well in advance.

“Levels of housing market activity are slowly becoming less frantic as we approach the year end. There is a sizable pipeline of business for the property, lending and conveyancing industry to convert into completed sales before Christmas and into Q1 2021. The stamp duty deadline will focus the minds of committed movers in the near term, which will support sales volumes and make for a strong first quarter of sales completions in 2021.

“Those who leave it to January to start their search for a home will be cutting it fine – just half of sales agreed in January will convert into a completed sale by the end of March so those looking to beat the stamp duty deadline will need to be well prepared. Finding an agent before Christmas and instructing a conveyancer to prepare all the sellers legal information will be essential to boosting the chances of saving up to £15,000.”

Zoopla have advised that those buyers who leave it late, for example to January, will need to be well prepared and if they have a house to sell, they should find an agent well before Christmas and instruct a conveyancer to get as much paperwork together as possible to boost the chances of a completed sale.

However, this may still not be feasible due to the logjams, including mortgage approvals and local searches taking longer to come through. Conveyancers are extremely busy as of now. Conveyancing vacancies over the last four months have increased, and those conveyancers that are still working many of whom are on the cusp of ‘burn out’, and are getting frustrated by the delays. Especially as they are the ones who have to manage their client’s expectations. Communication is  key, and although time is of the essence, dropping the client a quick line, which could be as simple as “I haven’t forgotten about you, there’s just nothing to report yet” could go a long way.