Insight In To Buyer and Seller Mind Set 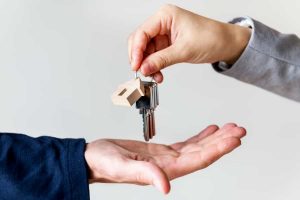 With rumours that lock down measure are set to ease next week, property agent Savills have released their Residential Marketing survey, in an attempt to give the sector an insight into the minds of buyers and sellers.

Contacting almost 700 respondents, between the 21st and 27th April 2020, the property agent wanted to find out if and how the current Covid-19 pandemic had changed the thought processes of those wishing to partake in the property market.

Some priorities of buyers and sellers could be classed as predictable as more of us become adjusted to working from home.

Almost 49% of respondents said they will be more inclined to work from home even after current restrictions are lifted, so as a consequence 44 said a separate work space with access to good Wi-Fi in a future home assumed greater importance – and that rises to 61% amongst the under 40s.

39% of respondents under 50 said they were now more inclined to upsize, rising to 42% among the under 40s. Predictably, due to the restrictions on being outdoors, the desire for a garden or outdoor space has also become a more pressing consideration for 71% of this age group

Similarly, the lure of the countryside is a strong one for many. And with the inability to jump in the car and go for a drive, 40% of respondents revealed they would be attracted to a property in the countryside. The fresh air and the abundant space, giving them more freedom to enjoy in their downtime.

The survey also demonstrated that those considering downsizing are also weighing up their options, although not the same amount of those looking to climb the property ladder. However, those respondents who fell into the over 50s category revealed that they will consider downsizing as a way of providing funds to younger generations to get onto the first property ladder rung.

With regards to pricing, the respondents were pretty equally split. According to Savills, just under half of those who took part indicated that their price expectation both as a buyer and a seller would not change because of Covid-19.

However, the other half believed that the prices would fall, potentially by 10%. Home buyers, expressed more concerns in this area, as they felt their budget would fall short by more than 10%.

If the lock down measures are restricted, what do you think the impact would be on the property market?