Over 30% Of Housing Transactions Fell Through In 2018 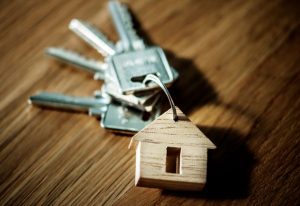 There has been a significant increase in incomplete and failing housing transactions according to a recent report from Quick Move Now.

In total, 49.8% of all house sales in England and Wales fell through before completion in the last quarter of 2018.

As England and Wales enjoyed the summer heatwave, only 28.3% of house sales failed to complete, highlighting a huge increase in house completion failures of 21.5%.

The final quarter’s figures also highlight a worrying anomaly when compared with the annual statistics with only 30.8% of annual home sales falling through. The huge increase in house completion failures in quarter four has also meant that 2018 ended the year with 1% more failed house sales when compared with 2017.

10% of quarter four’s unsuccessful housing sales were due to both parties raising concerns about the speed of the completion process.

Overwhelmingly, 30% of unsuccessful sales was attributed to the buyer changing their mind; with political uncertainty clearly a factor with concerned buyers in the current climate.

Danny Luke, Quick Move Now’s managing director, said: “It was a difficult year for the property market. Continued political uncertainty, and knock-on financial concerns, undoubtedly took a toll on market confidence. This is particularly evident in the steep rise in the number of sales falling through before completion towards the end of the year.

“With speculation on which way interest rates will head after 29 March being mixed, many would-be buyers are choosing to wait and see before moving forward with such a large financial commitment. The annual fall through rate figure of 30.6% is reassuring, however, and shows a certain degree of market consistency.

“It is challenging to make predictions for the year ahead, but I would expect the higher fall through rate seen in the last quarter to calm down, as Brexit unfolds and the UK property market find a new normal post-Brexit.”

As the housing market looks to start the year positively, the increase in people pulling out of housing sales and the uncertainty that Brexit continues to create, could lead to quarter one figures replicating the ugly pattern of last winter.

What impact would these figures have on the conveyancing sector?