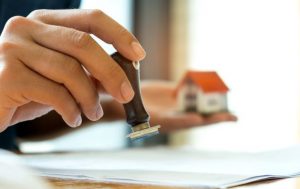 Figures released by leading mortgage broker London & Country (L&C) reveal that one in five mortgage holders believe they will still be paying off their mortgage beyond the age of 65.

19% of those who think they’ll still be paying their mortgage in retirement are worried about whether they will be able to afford the payments once their income level drops. A shocking 58% don’t have any plan in place for paying off the debt.

The younger generation is more optimistic about redeeming their mortgage, with a majority of 18-34-year-olds expecting to have paid it off by the time they are 51.

In the 35-54-year-old category, reality has kicked in and they estimate paying the charge in full by the time they reach 58.

Those aged 55 and over believe on average their mortgage will continue into retirement. 8% of this category think that they will never be mortgage free.

Simon Bath, CEO of When You Move, said:  “As we are living for longer and working longer, we are therefore likely to want to borrow for longer too. Being an older borrower, self-employed or a contract worker should not limit one’s ability to get on the property ladder.

“With a rise in flexible employment structures, high street mortgage lenders are not keeping up, whereas, alternative mortgage providers are facilitating borrowing for all ages.”

David Hollingworth, associate director at L&C, commented: “What is becoming increasingly clear is the market has changed, people are facing up to the fact that they are going to have their mortgage for longer.

“It’s great to see such an optimistic younger generation who think they will be debt free by the age of 51, however the reality for many older borrowers is that they will be paying off their mortgage into retirement and beyond, which is clearly a shock.

“The optimism displayed by the younger generation is admirable but perhaps misplaced, and not realistic as our research shows that raising a family, among other commitments, can get in the way further down the line.”

The report also reveals stark gender differences as 32% of women expect to be paying off their mortgages later than planned because of the financial needs of raising a family, while only 24% of men gave this as a reason.

Of the group of mortgagors who expect to still be paying their loan off after retirement age, 65% of women do not have a plan in place compared to 50% of men.

Only 19% of women said it didn’t matter what age you obtain a mortgage or what age a person finishes paying it off, whilst 37% of men believed this.

When those with interest-only mortgages were questioned, 37% said they didn’t expect to be able to repay the sum at the end of the term or did not know how they would go about repaying it.

Surveying those who had paid off interest-only mortgages, 35% said they’d paid with savings or investments while 46% had used endowment policies.

The market is becoming more flexible to cater for older borrowers, including those past retirement age who no longer want to work. Options such as retirement interest-only mortgages are available, with the capital repaid only when the property is sold on death or when moving into a care home.

David Hollingworth concluded: “The good news is older borrowers have more choice than ever, as the industry continues to innovate and cater for an ageing population. Lenders have become increasingly flexible in their approach to older borrowers and the Retirement Interest Only mortgage market is one that is only likely to see more growth. Anyone feeling anxious about their options shouldn’t panic and should seek expert advice.”

Do you think future retirees will struggle to pay off their mortgages? Will the value of their properties end up being largely used to redeem interest-only loans?