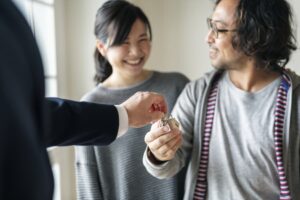 New research from property website Zoopla indicates that this year’s property market is set to become the busiest for 14 years. Data shows that one in 16 homes will change hands by the end of the year.

Zoopla’s prediction that 2021 would be the UK’s busiest year for property transactions since 2007 is thought to be due in part to the government’s stamp duty holiday, which encouraged high sales numbers, in addition to the COVID-19 pandemic which prompted homeowners to re-evaluate their priorities, with many house-hunters placing extra space and gardens at the top of wish lists.

Commenting on the data, Zoopla said:

“2021’s property market will be defined by the pandemic-led re-evaluation of the home, with many households compelled to make a move.”

Zoopla also reported that the annual rate of UK house price growth had risen from 3.5% in October 2020 to 6.9% in the same period this year. But while the annual price growth figure of 6.9% recorded in October marked a slight fall from the above 7% growth recorded in August and September this year, the average rate of growth over the last three months was higher than at any time since 2014, underlining the continuing strength of the market. Average house prices have also risen by £15,500 over the past 12 months.

Mortgage lenders Halifax and Nationwide also predict a robust market as the year closes out. Halifax reported a fourth consecutive month of house price increases, with a 0.9% increase in October alone. Nationwide also reported an increase, albeit slightly lower, at 0.7% for October’s average house prices. Experts predict however, that scheduled interest rate rises coupled with inflation, could cause the market to slow.