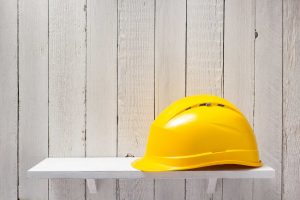 New research from TSB has found that 41% of home owners would prefer to build an extension than move, after new changes in planning laws.

In May, the Government relaxed rules on planning in a bid to boost new house building in Britain. The new rules let home owners put up a single storey rear extension of up to six metres for terraced and semi-detached houses, or eight metres for detached homes. Before this, home owners had to make planning applications to local councils for extensions of this size, which included an upfront fee and long approval waiting times. These new rules meant that in May thousands of homeowners were given the green light to extend their properties without planning permission.

Building an extension adds value to a property; a two-bedroom house upgraded to three bedrooms is likely to be worth significantly more. However, this is not the only reason that some home owners are choosing to extend. The TSB study reports that 50% of homeowners want more space, 49% say that the cost of moving is too expensive, and 25% just love their location. The new laws mean that families running out of space will be easily able to extend, as well as saving on expensive stamp duty fees.

“It’s no surprise that home owners cite the cost of moving as one of the biggest barriers to affording a new home or moving up the property ladder. Building an extension is a great way to add extra space without having to undertake the additional costs such as stamp duty and legal fees.”

TSB also found that some home owners are wary of these changes. 79% of homeowners said that views could be spoiled by extensions, with 80% suggesting that new planning laws will cause more disputes in neighbourhoods. There is clearly a concern amongst homeowners over the consequences of these relaxed rules.

However, TSB says that 19% of homeowners are now more likely to build an extension in the next three years. If these relaxed rules remain, we could be seeing significant changes in the housing market, with many more choosing to stay and extend rather than move.

As a conveyancer, do you think the new planning rules will impact on the number of people moving house? Could the new rules see a rise in disputes?