10% Of British Adults Own Additional Property Whilst Millennials Struggle 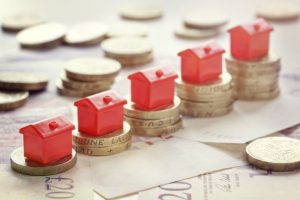 More than one in ten adults across Britain own an additional home, but there is also a trend that property wealth is increasingly distributed extremely unequally.

The Game of Homes Report, carried out by the Resolution Foundation, found that 5.5 million people reporting property wealth between 2014-16 represented a 53% increase since 2001. The report claims that the growth in additional property wealth has been one of the flip-sides of declining home ownership in recent years as healthy home equity has enabled older homeowners to make additional investments and reduce the housing stock for younger buyers.

Over half of people born in the 1960s owned a property by the time they were 29 and were starting to benefit from increasing equity in their home from a younger age. However, this figure has currently dropped to 37%. As more people fail to buy property at all and those that do are purchasing at a much later time in their lives, the equity they accrue is substantially less. Those able to buy property from a young age are therefore reaping the investment rewards.

The Resolution Foundation has found that the huge wealth transfers in the buy-to-let market are taking place between generations as younger millennial renters are transferring money to older landlords as 52% of baby-boomers own rental property.

There was a clear warning that the concentration in the buy-to-let market among richer households suggests that this transfer of wealth will increasingly become inter-generational with younger rich additional property owners renting to poor millennials unable to gain a foothold on the property ladder themselves.

The report has urged the government to reform the buy-to-let sector in order to balance the housing market out so that more first-time buyers are able to acquire property.

“Multiple property wealth has grown rapidly over the last two decades, with over one in ten people today owning a share of Britain’s £941bn worth of second homes, Buy-to-let and overseas properties.

“The rise of additional property wealth, particularly among Buy-to-let properties, is the flip-side of falling home ownership. But while young people in particular are less likely to own their own home, those that do own are more likely to have more than one property.”

Has the conveyancing sector noticed a huge transitional shift in recent years. Has a saturated additional homes market restricted younger buyers? Should more be done to create greater parity?