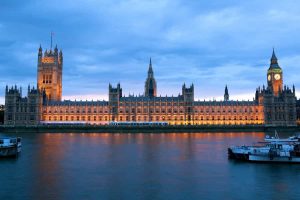 Labour are set to release their manifesto in Birmingham later today, but leaked documents suggest that Jeremy Corbyn is set to pledge the construction of 100,000 council and housing association houses per year.

The 2019 manifesto has clear Corbynian policies with the housing promises reflecting the ideas he promised as far back as 2015 during the Labour Party leadership contest.

Labour’s ambition to build 1 million new homes by the end of the next parliament seem to be on par with or moving slightly beyond Conservative targets of 160,000 new homes per year in the present with an incremental increase up to 300,000 by 2025.

Boris Johnson is set to derail Labour’s announcement himself later today by announcing a Conservative promise to build 1 million homes in addition to improved help for first-time buyers (FTB).

Labour’s Angela Reyner claims the culture shift to producing more council owned homes could be a welcome policy for “Many families in sub-standard accommodation, paying huge amounts of money for it.”

She further claimed the policies will allow the state to take “more direct control” of house building with many developers and house builders struggling to deliver current Governmental targets.

If Labour win the election, the scheme will be paid for using half of their £150 billion Social Transformation Fund with increased use of Brownfield land also a priority.

50,000 affordable homes will also be built per year under a Labour government. Jeremy Corbyn is hoping to emphasise a shift in the way affordable homes are viewed with these new homes priced according to local incomes.

The Liberal Democrat manifesto, released yesterday, also pledged to help solve the widening housing crisis by pledging to build 300,000 homes per year by 2024 through direct spending, 200,000 more homes than both Labour and the Conservatives promise to build.

The plans have been met with some trepidation; especially in the current climate where the construction sector is contracting and the Government has failed to build 160,000 homes per year.

Similarly, to earlier Labour promises, the Liberal Democrat manifesto has also promised to insulate all homes to modern standards by 2030.

Landlords seem to be the real losers in a Lib Dem Government with local authorities set to be handed powers to increase council tax on second homes by 500% and a new mandatory licensing of landlords to improve consumer protections and whittle out any rogue traders.

A new rent to own model in social housing will offer tenants the opportunity to own their property within 30 years whilst younger people struggling to rent will be given additional help by a Lib Dem Government through government -backed tenancy deposit loans for first-time renters under the age of 30.

“The Lib Dems’ pledge to cut VAT on home insulation is a step in the right direction and is an area that we have been lobbying on for a number of years through the Cut the VAT campaign. However, I feel that it needs to go further and VAT should be cut on the labour element of home improvement work across the board. Doing so would simplify the VAT system and send a clear message that boosting jobs and consumer demand in this space is a priority. We know that homeowners are more likely to request energy efficiency upgrades as a bolt on to other building work being carried out on their homes. Cutting VAT across the board would therefore incentivise the de-carbonisation of our homes further.

“On a positive note, I strongly welcome the Lib Dems’ pledge to enforce big businesses and government agencies to adhere to the prompt payment code. Smaller building firms are being held back by the abuse of retentions and late payment practices that are rife. Getting tough on serial offenders will help small businesses get back to doing what they do best, which is delivering quality work and training the next generation of builders.”

Milton Rodosthenous, Build to Rent Expert and Director of online auction service LetsBid Property, which has partnered with over 150 estate agents to list over £30 million of property for sale, comments:

“The housing sections of the election manifestos from the Labour Party and the Liberal Democrats lack focus on reforming the homebuying and selling process which is crucial to helping people to move home, get on the property ladder or downsize.

“In recent months there have been some good ideas from the Ministry of Housing, Communities and Local Government, including introducing reservation agreements and regulating property agents. It would be disappointing to see these initiatives fall by the wayside after the general election.

“The manifestos’ focus on providing affordable homes is welcome, however the emphasis on housebuilding targets is perhaps misguided as these targets have been missed by numerous administrations over many years.

“The supply of homes is of course an issue which needs addressing, but it is not the only factor which could stimulate the housing market and make home ownership more seamless and attainable.

“For example, neither manifesto mentions stamp duty and how it could be reformed to create a less stagnant and fairer market.

“In the short-term, the government must focus on resolving Brexit so confidence in the housing market and economy can be rebuilt.

“In the long-term, there will need to be a concerted effort to address housing supply issues, make the moving process more efficient and to embrace technology and alternative buying and selling options such as the Modern Method of Auction.

“We now await the Conservative Party’s election manifesto with anticipation to see how Boris Johnson’s party is pledging to improve the housing market.”

Are these manifesto pledges achievable? Will they help solve the housing crisis?