Will leaseholders see property ‘levelling up’ now Gove’s in charge? 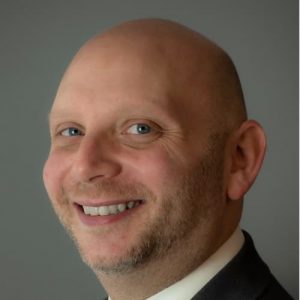 In September housebuilder Countryside Properties became the latest big developer to pledge an end to ground rents on leasehold properties. For thousands of leaseholders who bought homes from them it means they will no longer be subjected to the unfair rent system that doubles rates every 10 to 15 years.

For many homeowners, entering into a leasehold has a number of benefits, but for millions it has become almost impossible to sell-on their property, and the level of the ground rents become punitive the longer they remain in the property.

What we hope at Cavendish Legal Group is that this move by Countryside will encourage even more large housebuilders to do the same, because the fact is leaseholders are in a state of limbo.

Conveyancing firms specialising in leasehold enfranchisement have been waiting since January for the Government to move forward with their proposed reforms. In the meantime leaseholders themselves find it much more difficult to sell their property whilst the shadow of ground rents looms over them.

Frankly there is no good reason why homeowners should be paying ground rents in 2021 and developers and landlords across the country should be doing the right thing by enabling them to feel truly secure in their own homes.

Therefore, all eyes will be on Michael Gove, in his new role as housing secretary to see if he can move things along with a lot more urgency than his predecessor.

However, due to the complete lack of progress by his predecessor Robert Jenrick, it’s likely that Gove is going to be faced with a raft of priorities not just relating to leasehold reform. Things like planning reform, cladding and the Government target of 300,000 new affordable homes a year could well take precedence.

Add to this his brief to head up the ‘levelling up’ agenda in the re-branded Department for Levelling Up, Housing and Communities, and you begin to wonder whether the voice of the beleaguered leaseholder is going to have any cut through.

But there are options for leaseholders who need to act now and they can do one of two things; either buy out the freehold entirely – whether it be their leasehold flat or house, in which case they become their own landlord.  Or they can extend the lease by an additional 90 years and reduce the ground rent to a peppercorn, which will be zero.

In order to extend your lease, you have to be the registered owner for at least two years. This is one of the biggest hurdles for new owners which unfortunately still remains in the Government’s proposed changes. But you don’t have to be living in the property, so it could be a rental property.

The starting point is to have a valuation done by a professional valuer (as you would any property transaction) which would determine the premium payable. That report will give a value range for what they believe the ground rent to be worth.

The next stage is to propose the price you wish to pay based on your valuer’s report to the landlord. They then have two months to respond with a counter-offer. Once their offer has been made it’s really then a negotiation between the two valuers and legal representatives for the landlord and leaseholder.

So, while that is an option available today, I think what the last few months of uncertainty and delays underlines quite clearly, is the importance of getting the right advice from specialists in the area, as it’s not an everyday conveyancing case. And we certainly hope that is advice Mr Gove will also follow.

Jonathan Frankel is a litigation partner at Cavendish Legal Group