Will Conveyancers accept bitcoins as payment? 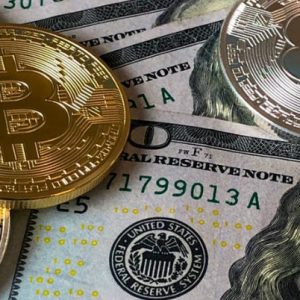 Created in 2009, virtual currency Bitcoin has seen a surge over the past year – both in terms of recognition and market value. Whilst the benefits of the prolific cryptocurrency include the option of anonymity and absence of transaction fees, its superficial gloss has been somewhat tarnished by certain factors – all of which could affect its chances of being used in a property transaction.

One of the most widely reported drawbacks of Bitcoin is its volatility. So far, the digital currency has seen phenomenal overall growth in the last year but it has also suffered some serious ups and downs on a monthly, weekly, and even daily basis.

Where cryptocurrency is concerned, you also have the issue of storage; considering the huge risks around cybersecurity and online fraud, knowing where to store Bitcoin is an important factor to consider.

This is why before you purchase any, it’s important to set up a specialised Bitcoin Wallet, as well as making sure that it can secure the funds effectively.

As those in the residential property industry will know, it takes on average three months for a typical sales transaction to go from sale agreed to completion.

Based on the Bitcoin’s trading patterns compared against the US dollar over the past three months, a buyer who owned the Bitcoins at the start of the transaction (three months ago) purchasing a $300,000 home would have paid just over 25 bitcoins in December (trading at $11,908). However, at the start of the transaction, the buyer would be expecting to pay nearly 46.5 Bitcoins (trading at $6,458) so would have saved nearly $140,000 in three months almost half price. Sounds great, right?

But as you’ll know, with big rewards come big risk, especially at the values the currency is now sitting at. However, there are many out there who think the rise in value has a long way to go yet. Only time will tell whether this is really the case.

That said, the growth observed this year paints a positive picture; in less than 12 months, the currency has gone from $966 to $11,908. Whilst these figures seem to illustrate a healthy outlook for the digital currency, the daily and monthly movements can actually be quite frightening, as well as weakening the legitimacy of any value forecast.

On the reverse of the above scenario, you could agree a sale price of around 25 bitcoins based on today’s value – but what would happen if in three months’ time the value dropped by 50%?

The reality is that the sale would probably fall through – no one is going to give their house away for half price (especially not when the main currency in the UK is still sterling).  In another case, you could sell at 25 bitcoins, only to find the value crashing 24 hours later.

Whilst in theory, it should go back up again at some point – on recent evidence, very quickly – but for me, the protracted nature of the purchase and the amount of money being transferred makes me think we are a way off cryptocurrencies being used to buy homes in the UK.

Is it the future?

It’s clear that some think it is, and it does have key advantages that I can see. As well as being a unifying currency suitable for use across the world, the fact it sits outside governments means that it could potentially make international buying less confusing. However, due to its volatility, I feel that Bitcoin is still too scary a currency to consider using it to buy a house or to accept for the sale of my home.