What makes you mad as a hatter? 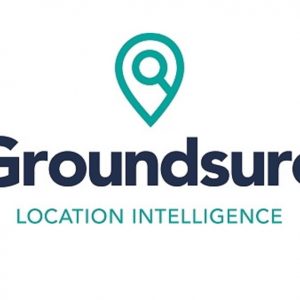 Over the past 150 years many people have come to be familiar with the famous character created by Lewis Carroll known as the Mad Hatter. This began with the original book ‘Alice’s Adventures in Wonderland’, through Disney’s depiction and the most recent incarnation of the character played by Johnny Depp.

While there is no question as to the mental state of the Mad Hatter, the character was not actually based on a hatter. Contradictory to popular belief, he was actually based on a slightly eccentric furniture dealer called Theophilus Carter, who happened to wear a top hat and was well known to Carroll 1. However, despite the origins of the Mad Hatter character, the afflictions that plagued hatters of the time are very real and gave way to the phrase ‘as mad as a hatter’. So let’s take a trip down the rabbit hole and find out the true origins of what made hatters mad.

In the process of making felt, a Mercury (II) Nitrate solution (Hg(NO3)2) was used to prepare the pelts to aid the removal of the fur – also known as carroting – to make the process quicker. What some may not know is that camel urine was the substance initially used in the carroting process as it was determined to be quicker, providing the fur had first been moistened. Urine was found to aid the process as it contains nitrogen based waste known as urea, which disrupts the chemical bonds within the fur. When the industry was expanded into France and England in the 19th century the workers would use their own urine, as it was noticed that workers being treated with Mercury (I) Chloride produced a better quality felt 2. As a result of the superior felt produced by the workers, it was identified that the Mercury within their urine from the medication helped to treat the fibres and subsequently improved the felt. Once this had been ascertained, Mercury (II) Nitrate was later introduced to replace urine in the carroting process, which in turn leads to ‘Mad Hatters Syndrome’3.

What is ‘Mad Hatters Syndrome’?

‘Mad Hatters Syndrome’ is a commonly used name for mercury poisoning of workers in the felt hat-making industry during the 18th and 19th centuries. This type of Mercury poisoning occurs from the inhalation of elemental Mercury vapour over a prolonged period of time. The Mercury vapour was released during the drying stage of the process, usually in a storage area with poor ventilation which allowed the vapours to concentrate over time. It was the exposure to high concentrations of the mercury vapours in a poorly ventilated space that resulted in a build-up within their systems which led to mercury poisoning 4. The workers would have experienced a wide variety of symptoms, focused mainly around the kidneys and central nervous system, including trembling, loss of coordination (shaking), slurred speech, loss of memory and cognitive functions, depression, irritability and anxiety 5. Chronically poisoned workers from this process would have experienced the extremes of these symptoms resulting in severe mental disorders such as dementia and/or Erethism.

Mercury and its Toxicity

Whilst some metals are essential for a person’s growth and development, Mercury is similar to other heavy metals in that it does not aid any essential biological function 6. However, the toxicity of Mercury can vary widely as is it is found in three forms: elemental, inorganic and organic. The elemental and inorganic forms have a particularly effective preferable absorption path via inhalation and ingestion respectively, however the organic form of mercury can be absorbed via all available routes into the body 7. The reason for this is as follows:

1. Elemental Mercury is most easily absorbed via inhalation because it has the ability to vaporise at room temperature and as it is heated. It is able to pass through the alveolar membrane (around the lungs) into the bloodstream allowing its rapid distribution. However, ingestion rarely results in severe poisoning as it has a low absorption rate through the gut 7.

2. Inorganic Mercury is most easily absorbed via ingestion as the salts are water soluble, causing a range in toxicity depending on its own solubility, and react with certain amino acids in the body. These salts are usually non-volatile and as such toxicity through inhalation is low, but can arise if aerosols are deposited in the lungs 7.

3. Organic Mercury can go through all routes into the body, because it is a highly lipid soluble which allows it to be absorbed by the gut, and can cross the blood-brain barrier in larger quantities, unlike its other states. The organic form can also be converted to other forms in the body and can be subsequently absorbed and redistributed repeatedly 7.

The most toxic forms of Mercury are Methylmercury (CH3Hg+) and Dimethylmercury ((CH3)2Hg+), which are also the form most readily absorbed by the body because they mimic the amino acid methionine 9.

In the town of Danbury, within the state of Connecticut, a vast hat making industry lined the Still River from the 1780’s until World War II. Consisting of 30 factories at its peak in 1887, it boasted being ‘the hat capitol of the world’ 10. It was here that a study was undertaken by Alice Hamilton MD from Harvard University in 1922 into the health effects that plagued the workers 11. As part of this investigation, the following was noted:

“[of] 100 union hatters of Danbury, Conn., examined by experts, 43 had mercury poisoning […]. Boys 20 and 21 years old are already so badly poisoned that their hands shake continually, while many of the men who have served longer at the trade cannot even feed themselves.” 11

The hand shaking noted by Hamilton is a direct result of damage to a person’s central nervous system, and the symptom was locally dubbed the ‘Danbury Shakes’. Despite these effects it was not acted upon by the Connecticut State Board of Health as long as there wasn’t a noticeable impact on the health of the public. However, in 1937 a further study was undertaken by United States Public Health Service and as part of this they negotiated between the Hatter’s Union and manufacturers to ban the use of Mercury. It was not until 1st December 1941 that the governor of Connecticut announced the adoption of a government ban on the use of Mercury in the hat making process, and was subsequently replaced by Hydrogen Peroxide (H2O2) 11.

Even though the use of Mercury was banned, high levels can still be found in the soil of the factory sites and within the sediments of the Still River. It was decided by the Connecticut Department of Environmental Protection, with the help of the Environmental Protection Agency (EPA), in 2003 to trial phytoremediation* at one of the factory sites by planting genetically altered Eastern Cottonwood Trees. However, this process is considered to be controversial as the trees can emit trace amounts of Mercury into the air 12. Unfortunately in the autumn of 2004 the results were determined to be inconclusive and the project was subsequently terminated by the EPA 12.

*Defined as “The efficient use of plants to remove, detoxify or immobilise environmental contaminants in a growth matrix (soil, water or sediments) through the natural biological, chemical or physical activities and processes of the plants.” 13

Can It Be Treated?

Mercury poisoning can be partially or fully treated by the process of chelation therapy**, which is also used to treat other types of heavy metal poisoning. The process uses a chelating agent, a synthetic amino acid such as EDTA (Ethylene Diamine Tetra-acetic Acid), to bind with the Mercury. Once the Mercury has been bound to the chelating agent, it is no longer able to react to have a negative impact on the body and is subsequently transported to the kidneys where it is excreted in a person’s urine 14.

** Defined as “the process by which a chelate is formed”, which is itself the combination of a metal ion with a chemical compound (a chelating agent) to form a heterocyclic ring (a ring containing at least two elements). 15

9. I. Ji (2011). The Bioavailability of Mercury in Aquatic Systems (Thesis). Unpublished.