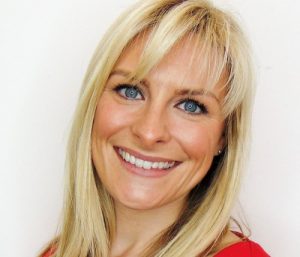 The Spring season is traditionally the busiest time of the year for the housing market and 2021 is looking to be no exception. This is according to Nicky Stevenson, MD of Fine & Country UK, who adds that record demand and a prolonged shortage of supply is sustaining prices in the housing market, while consumer and industry confidence continues to grow.

“The warmer weather has created an awakening in the market. There is a spring in the step of many this April as the restrictions imposed for lockdown start to loosen,”

“While there are still restrictions, families and friends can meet again, the vaccine rollout continues, and elements of the economy are set to reopen for the first time since January. According GfK and IHS Markit, consumer confidence is at its highest level since before the first lockdown in March 2020 and business activity across the UK private sector is recording its fastest rate of growth since August. Both consumer sentiment and business growth have proved stronger than many expected, indicative of the view that the economy has proved far more resilient during Lockdown 3 than during Lockdown 1.”

Stevenson adds that against this backdrop activity in the housing market continues at pace, bolstered by the extension to the Stamp Duty Holiday across both England and Wales and the new 95% mortgage guarantee scheme.

“Zoopla report that average buyer demand since the start of 2021 is 13% higher than average levels across the whole of 2020, and Rightmove data reveals that demand in March was 34% higher than the same period a year ago. More than 87,600 mortgages were approved in February 2021, over 19% higher year-on-year. Gross lending was at its highest monthly figure since March 2016, nearly five years ago. The Royal Institute of Chartered Surveyors report the sales rate per surveyor in February was at its highest level since May 2016, the sales to stock ratio at its highest in over a decade,”

Stevenson notes market conditions currently favor sellers with high levels of demand and new supply to the market constrained. Zoopla report total supply in 2021 to date is down 13% versus the 2020 average, although there are tentative signs of improvement. According to Rightmove, new listings at the start of March were only 5% lower year-on-year compared to a 20% fall in February.

“Scarce supply supports price growth and the average price of a property coming to the market in March is up in every region of the UK except the North West. According to Propertymark, one in every nine properties is currently selling for more than its initial asking price, the highest level since August. Price growth in the prime markets continues to outperform the market as a whole with average prices over 11% higher year on year. The average price of a premium property across all property types, with the exception of semi-detached homes, is now over £1 million,”

Stevenson says that it is interesting to note that construction continues to accelerate during 2021.

“During the first quarter of 2020, there was a significant uptick in construction activity with the number of new private homes started in England up 17% year on year and completions rising 11% according to MHCLG. Over 44,000 private new homes were completed in the final quarter, the highest Q4 figure ever recorded. Despite Lockdown 3, activity has continued into 2021. Barbour ABI have reported that £3.5bn of residential contracts were awarded in the first two months of 2021. According to reports by Dataloft, almost half of home movers will consider buying a new build property with key considerations including energy efficiency and the peace of mind afforded by warranty and insurance guarantees. Throughout 2020 around one in every 12 sales was a new build property, attracting a price premium of up to 20% over re-sale properties,”