Solve Problems At The Beginning For Better Solutions 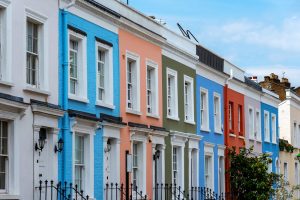 There are some problems that if you take them back to their core state can essentially be solved with a catch-all solution. That’s essentially how I think we need to look at many of the issues we face as conveyancers because while I’m not suggesting that ‘all’ problems are fixable in this way, I do think that many of the obstacles placed in all stakeholders’ paths can be traced back to source.

By that, I mean the very start of the home-buying process and how what happens at this point, essentially determines what is going to happen until the point of exchange and completion.

Earlier this month, the CA held a series of meetings in London – those being for our Policy & Strategy Board, our Legal Members and our All Members’ Meetings. During the latter we held a Leasehold & Managing Agents Panel – let’s be honest here, it is often a major source of frustration for conveyancers in the context of a leasehold purchase that we may not only not be able to source the information required about, for example, the terms and charges that come with the leasehold, but also the considerable amount of time to source this, which of course is predicated on us being able to ascertain where we can get the information from in the first place.

Two of the representatives on the panel – Jo Woodcock from E&M and Leigh Rawlins from Homeground – responded to a number of concerns by questioning why the conveyancing firm did not have this information, particularly on who the Lease Administrator/Managing Agent was, upfront.

Those practitioners in the audience suggested that the information was often out of date, the managing agent had changed and this had not been rectified on the documentation. It leaves conveyancing firms having to search around and determine who is responsible for what, which can obviously lead to even further delay, especially in a process which is already likely to be longer than a freehold purchase by over two weeks.

Frustrating doesn’t really cover it, but in a world in which the MHCLG is trying to make the homebuying process ‘quicker, cheaper and less stressful’, it’s clear that currently – especially when it comes to leasehold – we are still not quite at the races.

Which leads me back to the start of the process and (unsurprisingly) the presentation of clear, upfront and accurate information that can be relied upon by all stakeholders and can inform and ensure that some of the current problems we go through are effectively stopped at source.

At each meeting I attend with Matt Prior of the MHCLG I often wait to see, firstly, how long it will be before the issue of delivering quality upfront information is raised, followed by someone then mentioning HIPs, and then how long it might be before Matt gives a pained expression, before quietly requesting that we don’t mention the ‘HIP word’ again.

Such is the political antipathy towards HIPs that if Matt never heard the word again it would probably be too soon. However, this does not mean that the principles behind it weren’t sound and many feel it was just lacking the technology necessary to deliver the benefits which were intended.

The CA has put forward our idea of a Property Log Book – now some might suggest this is putting lipstick on the ‘pig’ that is HIPs but that does not counter the argument that upfront information (in whatever form) is required, especially if it can be retained and accessed by future purchasers and it adds considerably to the overall knowledge of the prospective purchaser, so they can be clear about their overall responsibilities. To clarify, the MHCLG seems to be particularly supportive of this – just don’t call it a HIP.

The final point I would make is that this really should be the norm anyway – agents, developers, anyone marketing a property, all should be complying with the Consumer Protection from Unfair Trading Regulations, but historically they haven’t. It’s therefore going to need Government intervention to get us to a point where – regardless of what we call it – the industry is able to provide upfront provision of information which will go a long way to providing a solution to many of the issues we face.

Given the political turmoil currently, we are likely to see a few more twists and turns before we perhaps get this, but the fundamental need will not change and the sooner we can get there, the better.