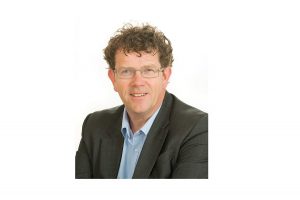 It has been interesting to see the progression of this case through the appeal process culminating in the decision of the Supreme Court on the 30th October 2020.

I assumed when I read about the decision at first instance that it would be one of those decisions which should require further judicial consideration but which was unlikely to be appealed for economic reasons.

How wrong I was !

Rather than reciting the facts of the case it is worth extracting two key points. Firstly the bad news. The defendant solicitors failed to register a transfer in favour of the claimant and to add insult to injury failed to register a charge in favour of her lender. The situation was complicated by and worsened from the perspective of the defendant solicitors in that they acted for the claimant, her lender, and a third party. That third party ,Mr Mitchell  was party to the fraud, had a commercial arrangement with the claimant,  and  was the seller of the property to which the claim related.  This latter point troubled the Supreme Court as we shall see .

The moral of the tale and the theme of many of my training courses to avoid claims and complaints is to do the simple things well meaning .

Secondly and again something that I tend to shout from the rooftops ( or these days via the computer screen ) beware the risk of property fraud.  Property fraud has been with us for many years and here the claimant had successfully perpetrated a fraud against her lender which the defendant solicitors were not aware of.  The good news (which is not that good on reflection ) is that the defendant solicitors were not party to this fraud nor aware of it.

The issue for the courts was whether the property fraud prevented the claimant from being awarded damages for the admitted negligence. I do not want to dwell on the discussion of illegality and the rights of those involved to seek redress in the civil courts for loss notwithstanding being party to fraud although the points made by the Supreme Court are interesting.

The approach of the Court of Appeal was mortgage fraud was a problem for society (described as canker) but preventing the claim being made against the solicitors involved would not dissuade fraudsters from selling or buying property and that clients who instructed solicitors for legal services were entitled to be protected in circumstances where solicitors were negligent. To prevent this claim would be disproportionate to the wrongdoing of the claimant.

The Supreme Court agreed with the findings of the Court of Appeal and explored a number of arguments designed to substantiate an illegality defence but ultimately decided allowing the claim would not generate inconsistency and disharmony in the law and would not damage the integrity of the legal system. A point made by the Supreme Court was that the negligent occurred after the fraud was perpetrated (a lack of centrality to of the illegality to the breach of duty of the solicitors).

In doing so solicitors and conveyancers alike should be reminded of the warnings in the well known cases of Dreamvar and Purrunsing that constant vigilance is required and that factors such as those mentioned above can be indicators of fraudulent activity.