Reservation Agreements – More Relevant Than Ever in the Covid-19 Era?

February 2020?  That was 10 years ago, wasn’t it?  No.  it was three months ago and is when the first of my articles about reservation agreements was published.  In that very short space of time we have seen changes to our country and way of life that none of us could ever have foreseen.  We have also seen seismic changes to the UK property market.

Back in February I wrote an article in which I discussed some of the concerns which conveyancers have about reservation agreements.  As I pointed out, the underlying purpose of a reservation agreement is to try to minimise the risk of either party withdrawing from the transaction once a commitment has been made and money spent.  The difficulty in achieving this aim is how to include a sufficiently clearly drafted sanction to be imposed on either party in the event of default during the reservation period.

It seems that those thoughts had a degree of portent.  Due to the difficulties that Covid-19 has brought to the property market, conveyancers have been grappling since March with the difficulties of drafting a sale contract which will allow one or both parties to withdraw from a transaction in the event of default.  As many conveyancers will now recognise, the devil is always in the detail.  It is complex to draft provisions for a contract of sale which are sufficiently clear to enable contractual certainty in the event of default caused by circumstances which are difficult to prove.

I suggest therefore that conveyancers should be more open-minded to the benefits of a succinct and well drafted reservation agreement.  If the seller and buyer enter into such an agreement upon agreeing a sale, this can remove the uncertainty and misery which many people trying to move house have experienced in recent months.

It is always the case that conveyancers must act in their client’s best interests and advise accordingly.  Thus, if there are foreseeable problems because a buyer is on furlough or is facing difficulties with their mortgage offer, then their conveyancer will advise them not to commit to a transaction, irrespective of whether a reservation agreement is in place.

However, if no such concerns exist, a seller and buyer can choose to commit themselves to their conveyancing transaction for as long as each of them wishes under the terms of a reservation agreement.  This can do away with much of the current uncertainty and stress faced by our clients.

If the agreement is well drafted and allows the buyer to withdraw without default only in very specific, defined circumstances, this is an arrangement which could protect both parties in uncertain times.

The premise of my article in February is that conveyancers have not greeted the prospect of reservation agreements with open arms.  One of the arguments for this is that is difficult to draft one which is sufficiently certain to make it worthwhile.  Conveyancers are non-contentious lawyers.  If we are doing our job well, it is a collaborative process with our colleagues in the conveyancing industry, whether fellow conveyancers, estate agents or mortgage brokers.

Conveyancers do not want their clients entering into agreements which might lead to arguments.  In the last three months, conveyancers have discovered the challenges of drafting contracts which allow for uncertainty.  This is a difficult thing to do which is why many transactions have proceeded on the basis of a simultaneous exchange of contracts and completion.

Conveyancers may therefore wish to consider the reservation agreement drafted by Gazeal Limited with fresh eyes.

This is the second of two articles in which Lorraine Richardson discusses the problems with reservation agreements and the solutions that Gazeal Limited have found to these issues. 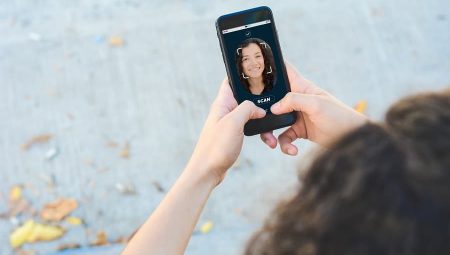