Nosedive or thrive? What’s next for the UK property market? 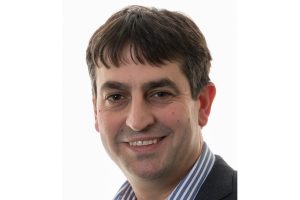 It used to be a truth universally acknowledged that recessions bring with them job losses, repossessions, reduced activity in the housing market and an associated drop in the value of property. That was certainly true in most major UK recessions up to and including the early 1990s. It still held true in the recession which followed the collapse in credit in 2008 as well, although that was partly caused by the bursting of the bubble created around lending on property in the proceeding years. Yet despite the dramatic downturn caused by the Coronavirus pandemic over the last twelve months, both activity in the housing market and house prices have soared. What has caused this, and how sustainable will it be as we prepare to re-open many parts of the economy that have suffered far worse than the property market recently?

It’s obvious that government stimulus has played a key part in the robust nature of the market over the last year. The housing market was re-opened earlier than most in May 2020 and was then further supported by a reduction in the various forms of Stamp Duty that exist across the home nations. This approach may have been influenced by the positive impact of Government intervention in 2008, which provided more latitude for borrowers to restructure their payments and significantly reduce the volume of repossessions, and in 2020 the Government’s Job Retention Scheme has again helped protect many against redundancy and the associated threat of repossession. This neo-Keynesian economic approach to this unique global challenge has undoubtedly supported the industry at a time when it most needed it, but given that such incentives and support cannot last forever, what can we expect as they are removed?

The fact that the holiday has been extended in England and Wales can be taken as a sign that it’s required for the ongoing health of the industry, although it’s very interesting to note the pattern in Scotland where there was no extension to the equivalent tax, and where volumes have actually increased again in the second half of Q1 and into April. In reality, the housing market lives on consumer confidence. Most people want to own their dream home, and for many that may be the first one they buy and for others it may involve trading up the ladder over a period of time to get it. For the vast majority of home-hunters, that will however involve taking out a loan for an eye-watering sum of money which they won’t repay for several decades – more than five times longer than the average period of employment lasts today, and not far away from the average length of a marriage! You need to feel confident that your need sufficiently outweighs your risk.

Yet there is a lot of consumer confidence in our favour

So what are we seeing in the economy over the coming months which indicate how confident people are going to be to take that risk, and buy their next house? Employment is a key indicator, and it was reassuring to see that unemployment fell slightly in March 2021, indicating perhaps that many businesses feel that they have been through the worst of it. The relatively rapid roll-out of the UK vaccination programme in Q1 and the associated drop in the number of Covid-19 cases, hospitalisation and deaths, has encouraged most to accept the Government’s view that we are on an irreversible path out of lockdown, with the associated re-opening of the wider economy. If you are on furlough you will undoubtably remain concerned, but perhaps not as much as you were previously. More importantly, if you have worked throughout then there will be confidence that your job is now unlikely to be at risk as more people start to find work than lose it.

There are also some underlying factors which suggest that the economy will rebound strongly, and the housing market will not suffer another slowdown anytime soon. Interest rates have been historically low for over a decade now, and the recent period will only have reinforced the view that borrowing is likely to remain historically cheap for some time to come. The fears many had of an immediate economic shock caused by a hard Brexit have receded now that Brexit has happened, and any economic impact of Brexit is now likely to be felt over a period of time and therefore be less immediately concerning.

Change has brought fresh opportunity to the property market

Combined with this growing confidence is a growing sense of need. The recent pandemic has changed lives, but also changed the way many see their way of living, with remote working a real opportunity for many. The sense of desiring more from their current living arrangements has undoubtedly increased over the last twelve months. With these changing needs, a recovering economy and increased consumer confidence, the outlook for the UK housing market looks positive even after the final strands of government stimulus are withdrawn.