Political fatigue not an option if we want change 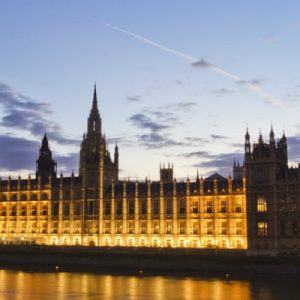 There may be a danger that you are currently suffering from ‘political fatigue’ and I have some sympathy if this is your present state of mind. A General Election campaign, followed by a ‘shock’ result with an increase in political manoeuvring, and we’re not (yet) at the Queen’s Speech stage can be too much for some people, and I’ll forgive you if you feel like you want to take a break from all the Westminster-based shenanigans.

That said, as a trade association, we recognise that this is currently a pivotal time for the overall housing market, and the conveyancing sector in particular. Now is not really the time to take our foot off the lobbying pedal and I hope you’ll be able to cut me some slack if I continue with the political theme, and review how recent developments are likely to shape what happens next in our sector and beyond. After all, there is little chance of politicians choosing not to intervene in our market and therefore we need to ensure that intervention is right for all.

First up, we have a new Housing Minister, Alok Sharma. No surprise there given that Gavin Barwell lost his seat at the election, however even if that hadn’t been the case it was widely expected that Barwell was to have been promoted. As it is he finds himself as Theresa May’s new Chief of Staff, perhaps one of the most powerful roles in any administration without actually holding a Ministerial brief. Indeed, you might argue that Barwell’s access to Theresa May, and his ability to shape her thinking, might mean that housing is prioritised more than it would ordinarily have been.

Even writing those words raises some interesting thoughts. The role of Housing Minister still does not mean access to the Cabinet, even though by most stakeholders reckoning, it should actually be one of the most important Ministerial positions in the Government. Think about the ‘broken housing market’ we are said to have, think about the vital need for more supply in various housing tenures, and then think that this issue does not warrant a Cabinet Minister. It is disappointing to say the least.

Conversely, and somewhat ironically given the Cabinet situation, the election result may actually make housing a more important part of this minority Government’s agenda in the months and years ahead. The reason being that the Conservatives are going to need to find Bills and policies that can be agreed upon by more than just their MPs – namely the DUP, possibly others. The need to create greater levels of housing supply has (pretty much) cross-party consensus; they may differ on how to get there but the underlying aim remains the same. Therefore, we might expect a Housing Bill to figure heavily in the Queen’s Speech on Wednesday.

And what else might it contain? Well, again if the Conservatives feel able to be true to their manifesto and secure the necessary votes – and in many areas they’re not going to be able to do this – then we should also be looking at measures to improve the homebuying/conveyancing process, plus we should also be seeing leasehold reform to the fore. Clearly, this would be music to our ears given our focus on delivering in these areas and, again, we might predict there will be little in the way of push-back should the Government seek to implement the required changes.

Overall then, one might surmise that the political uncertainty that appeared to exist in the immediate period post-Election result, could somehow work in favour of delivering the necessary changes we want to see. We’ve always said that the industry itself could do much to improve the conveyancing process – the ability to cut delays and unnecessary costs do not necessarily rely upon a political solution, but it would certainly be a huge boost to have that support and statutory change.

Time of course will tell but we are already formulating our first communications to the new Housing Minister on the leasehold reform proposals we’ve put together with other members of the Legal Sector Group. There is the opportunity for ‘quick wins’ here and we’ll be seeking to outline our position to Mr Sharma personally in order to build on the positive support his predecessor gave such changes.

There may be some who are a little dulled by the seemingly never-ending political debate that has gone on for a long time, but this is clearly a time to push our key messages home and to ensure we get the changes that bring about a 21st Century conveyancing process.