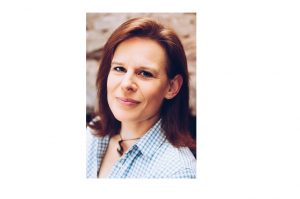 At the recent Conveyancing Association Annual Conference, I was reminded of the words to this “Broadway banger” during a number of sessions that took place during the day.

Whether it was talking about improving the home buying and selling process in general, or talk about “end-to-end digital conveyancing“, or it was around talk of HIPs from years ago, or Property Logbooks now, or Digital ID and electronic signatures, it was interesting to track just how many of our workstreams right now are couched in discussions that we appear to have been having over many, many years.

Some of us are long in the tooth enough to remember where they all started, and yes much has changed in the intervening period, but it would also be nice to think that – in a few, crucial areas – we are coming to a time when we’re actually going to be around to see the fruition of many years work. Although with the added caveat being of course that we’ll never really finish in terms of trying to improve the process, or indeed the lot of our conveyancing firm members and all our other stakeholders.

But, back to the Conference, because once again it more than highlighted to me what a group of motivated people can do – and have been doing for any number of years. I would however like to focus in on a couple of sessions in particular, because they show just how far we’ve come, and where we might be heading in the very near future.

Part of the constant, ongoing issue all stakeholders have in the process is around satisfying themselves when it comes to important issues such as identification and marrying that up with the fact that it has to be done, but does it have to be done multiple times by every single stakeholder encountered by the consumer and, where we have identified a consumer, do we really need a physical witness to the execution of a legal document?

The answer, up until now, has been yes and this adds potentially days and weeks to the process. So, for example, the requirement for wet signatures for the client, and the witnesses to that client, all take time.

And then there is the work going on around Digital ID. We talk a lot in our market about “one source of truth” but the fact is that all stakeholders, whether they’re the agent/adviser/lender/conveyancer have been requiring physical ID from the client whenever they come into contact with them. Again, this can add an inordinate amount of time.

How much better would it be to have that “one source of truth” when it came to clarifying that the individual is the person they say they are? A source of truth that everyone in the process could rely upon and trust. Currently the Government is putting together that Trust Framework which will set the standards by which different providers will be able to produce their technology and which those who use it will be able to rely upon in order to check the ID.

In terms of tackling fraud within our sector, both these initiatives would deliver huge leaps forward, because not only would it speed it up, but it would make it more secure. We heard from Mike at HMLR about how the vast majority of property fraud perpetrated is intra-familial fraud – people from the same family pretending to be others, forging signatures and the like. With digital ID it makes this type of fraud almost impossible to perpetrate.

So, firms right across the property industry spectrum would be able to use digital ID and electronic signatures to satisfy themselves and their compliance departments, to meet their own responsibilities in terms of ensuring they are running to the safest standards, but stakeholders and home movers would not have to complete the same tasks multiple times because it would already have been done once and they can rely on that.

In a way, it sounds like such a little thing. A development that outsiders might be constantly surprised to find doesn’t happen already and I’m sure consumers are often frustrated by. However, we are very close to securing this new future and the difference it should make will be huge.

Again, we’ve been talking about this for a long time, but we’re finally close to seeing it delivered, and that should be welcomed by every single stakeholder. It will never truly be finished, but it’s very much a start.