The Legacy of King Coal 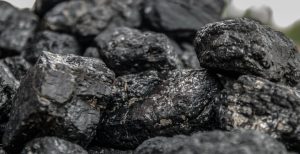 Many people today do not remember the time when ‘King Coal’ was at the heart of British industry. There are vague memories, perhaps, of the miners’ strike in the 1980’s but it is not too long ago that there were over 1000 deep coal mines in England & Wales. It will perhaps also come as a surprise to many people to learn that it is less than 30 years ago that the last coal mine closed in the Kent coalfield. Yes! – Kent – It was not just in the grim north that there were coal mines! The writer, coming from a mining community and a mining family can still remember when the ‘pit’ and its dangers dominated the local community and a recent case reminds us that one more of mining’s legacies is still with us – subsidence.

White v The Coal Authority [2018] UKUT 134 (LC) involved a claim for damages to a large house near Coventry. As Judge Elizabeth Cooke explained:  “The Claimant, Mr Ian White, is the freehold owner of Tidbury Castle Farm near Coventry.  …. In 2008 he demolished the old farm house and replaced it with a new house. He also redeveloped, partly by demolition and re-build and partly by refurbishment, a range of buildings to include a plant room, two-storey annexe, a cinema, a games room, two large garages, office and a gardener’s store.  The new house, which he has described as a “modern, well insulated palace”, and the outbuildings have suffered extensive cracking and are noticeably tilted as a result of coal mining operations in the vicinity during 2010-2011.”

At common law, where mining (and not just the mining of coal) causes subsidence, the person responsible is liable in tort but as far as coal mining is concerned there is also a statutory liability under the Coal Mining Subsidence Act 1991. Liability under the 1991 Act is now placed upon the Coal Authority, as successor to British Coal. The 1991 Act makes provision for the Coal Authority to have a “remedial obligation” in respect of subsidence damage or for it to pay for the necessary work rather than to do the work itself. The obligation under the Act extends to ‘such works (including works of redecoration) as are necessary in order to make good the damage, so far as it is reasonably practicable to do so’.

In the case, the claim for the cost of remedial work was £954,642.71 excluding VAT. The Coal Authority accepted that the damage had been caused by coal mining, the main dispute in the case being due to the fact that the buildings were ‘noticeably tilted’. Judge Cooke and her fellow Tribunal Member P D McCrea FRICS had undertaken a site inspection so were well aware of this. The evidence was that the main house was particularly badly affected. The house tilted both north-south (left to right when viewing the property from the front) at 1/79 to 1/91, and also west to east (back to front) at 1/137 to 1/150. The Coal Authority was prepared to pay the cost of repairing the cracks in the house, but not the cost of making the house level. It was agreed by both parties that the only way to make the house level was to pull it down and rebuild it. The main dispute was over whether it was it ‘reasonably practical’ within the meaning of the Act to demolish the house and rebuild it?

The Court of Appeal had previously decided the meaning of “reasonably practicable” in its decision in Langley v Coal Authority [2003] EWCA Civ 204. In that case, Peter Gibson LJ said that “The test of reasonable practicability looks primarily to whether the works are feasible. I accept that cost does fall to be taken into account in considering whether the works are reasonably practicable but only to the extent that making good the damage should not be done in some extravagant way”.

The Tribunal in the White case decided that demolishing the house and rebuilding was both feasible and was not extravagant. So on the main part of the claim, Mr White succeeded, although there were other issues where the Tribunal found in favour of the Authority. The Tribunal eventually awarded him £859,827.83 plus VAT in damages plus costs to be assessed.

These days, of course, everyone seems concerned about fracking and the damage that might cause so maybe the bad old fashioned mines can sometimes be overlooked. Coal mining searches – and searches for all the other past and present forms of mining – salt, china clay, tin, limestone etc. – are still necessary. Old workings are much more likely to cause problems than the newer ones which will be much more strictly controlled.

Buyer clients are often notorious for being reluctant to spend money on anything – surveys, for example, let alone searches – but they would be quick to complain if their new house suffered damage caused by any kind of subsidence. They would be quick to blame anyone but themselves. And indeed let us not forget that mining searches are required by our most important clients – the lenders. The UK Finance Mortgage Lenders’ Handbook provides:

5.4.2 In addition, you must ensure that any other searches which may be appropriate to the particular property, taking into account its locality and other features are carried out.

The writer well remembers his father telling him that when he bought his first house he went to the local pit offices to study the plans of the underground workings to ensure that it would not be affected by mining works. These days we have mining searches, but is it just the writer’s imagination or has there been a reduction in the number of mining searches being commissioned these days? He still well remembers pouring over the printed guide as to the areas in which a mining search was required. But these days with searches being ordered online and search providers indicating which searches are recommended, there is really no excuse for not knowing when a property is being purchased in a former mining area.