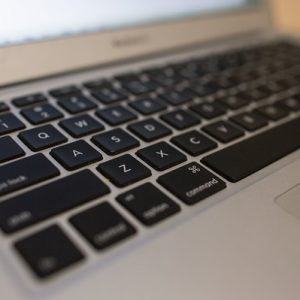 The risk of fraud in conveyancing is widely known and publicised. Specifically, fraudsters posing as solicitors acting for a party in a transaction. A recent case raises a key point.

Fraudsters may pose as a solicitor or a conveyancer acting for either party to add greater legitimacy to the transaction. If you do not know them, you should check the recognised directory of their professional body.

The practice note has a link to Find a Solicitor (FAS) and the Directory of Licensed Conveyancers. Practitioners will also be familiar with the Council of Mortgage Lenders (CML) handbook which requires solicitors who are not familiar with the seller’s regulated legal representatives to verify that they are currently on record with the Solicitors Regulation Authority (SRA), Council for Licensed Conveyancers (CLC) or other legal regulatory body.

Carrying out a search using the FAS is commonplace. However recently the Courts have had to consider the key issue as to whether the Law Society has any liability if the result of the search is incorrect.

This article will examine the key facts, the issues and the Courts decision. In simple terms does the Law Society owe any duty of care to a party who uses the FAS facility?

At the outset, it is important to note that the issue of whether any duty of care if any is owed by the Law Society is yet to be determined. The Law Society was unsuccessful in striking out the clam at this stage as it was unable to show under the court rules that the claim disclosed no reasonable grounds for bringing the claim.

An investigation by the SRA established that the fraudster had stolen the identity of a retired solicitor.

The Purchaser’s Solicitor claimed damages for negligence and for a contribution under the Civil Liability (Contribution) Act 1978 in respect of losses suffered by them and their client as a result of the FAS facility. It is worth noting that the Law Society refused to compensate the Purchaser’s Solicitor and their client from the Solicitors’ Compensation Fund on the basis the purported ‘solicitor’ was not in fact a solicitor.

At first instance, the Law Society were unsuccessful in striking out the claim by the Purchaser’s Solicitor and appealed to the Court of Appeal.

It is important to briefly examine the statutory and regulatory requirements which govern the Law Society’s responsibility for registering solicitors.

A number of key points arise:

The Judge refused the Law Society’s application to strike out the claim by the Purchaser’s Solicitor on a number of grounds:

The Court of Appeal’s Decision

In dealing with the key issue of the Law Society’s alleged duty, the Court noted:

I. There was sufficient nexus between the Law Society and the Purchaser’s Solicitors,

II. The online request for information established a relationship of sufficient proximity between them,

III. It was fair, just and reasonable to impose a duty of care in the circumstances.

It is important that the context of this case is understood. The Law Society was seeking to strike out at an early stage the claim for alleged negligence by the Purchaser’s Solicitor as a result of the FAS search. The Court of Appeal were not prepared to do so for the reasons set out above.

The Court held it was necessary to undertake a full factual inquiry into the consequences of the imposition or not of a duty on the Law Society’s use of the FAS and, in particular, the implications for the security of current conveyancing practice.

There is clearly a policy issue here. The Court of Appeal noted that, where a party checks the FAS and believes a person is backed by insurance or the Solicitors’ Compensation Fund but in fact is not a solicitor, the victim would unknowingly have assumed a higher risk in going ahead with the transaction, and, in the event of fraud, would suffer loss. The issue of breach of trust and any relief that a solicitor may be entitled to pursuant to the Trustee Act 1925 section 61 was noted by the Court as part of the policy issue as to who bears the loss.

The profession no doubt awaits the outcome of this decision with great interest. The wider implications are of course key to other online service providers.

Anis Waiz has over 18 years of experience in Commercial, Banking and Finance Litigation, and he specialises in claims for the alteration of Register before the Land Registry arising from mortgage and conveyancing fraud. Having previously acted as a Group Legal Director for a substantial secondary lender, Anis has direct experience of the demands of a business as a client and adding value. Spratt Endicott Solicitors is a nationally recognised law firm with offices in Banbury, Brackley, Bicester and Buckingham providing a full range of legal services to commercial and private clients.