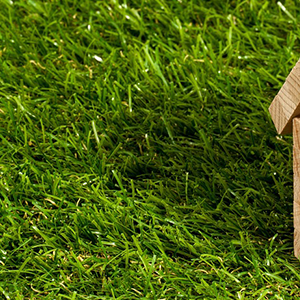 Most properties are registered at Land Registry with “general boundaries” only.

This means that the boundary line shown on the register is no more than a general indication or approximation of the location of the boundary, rather than the precise boundary line. This can sometimes be difficult to explain to clients but is not unique to the system used in England and Wales. In France, for example, the ‘plans cadastraux’ similarly do not show a definitive boundary.

However, the Land Registration Act 2002 does provide a procedure, in section 60, for an application to be made to the Land Registry to determine the precise boundary. This must be accompanied by a plan compliant with Land Registry requirements identifying the exact line of the boundary claimed. The plan must be accurate to within +/- 10 mm. The Registrar will send notification of the application to the registered proprietors of titles affected by the application. If an objection is raised, and the Registrar does not consider the objection to be groundless, and if the parties cannot resolve their disagreement, the dispute will be referred to the Land Registration Division of the First Tier Tribunal, Property Chamber, (FTT) for determination.

The question that arises then is precisely what powers the FTT has. Is it limited to determining whether or not the boundary is in the location claimed by the applicant; or if it decides that the exact boundary is not in the location claimed, whether it can then go on to determine where the exact boundary line is located. Unfortunately, there are two conflicting decisions of the Upper Tribunal with regard to this.

In Murdoch v Amesbury [2016] UKUT 3 (TCC) H.H. Judge Dight held that the FTT’s jurisdiction was limited to determining the matters referred to it by the Registrar.  Having determined that the plan was not accurate and that the application should, therefore, be dismissed, the Judge lacked jurisdiction to go on to make findings as to the location of the boundary.  He stated (at [65]):

“In my judgment, the correct analysis of these provisions is that the scheme intends that the outcome of the application will be completion or cancellation, not a general determination of boundary issues.”

She made it clear that the FTT did have jurisdiction to determine where the true boundary lay and then direct the Registrar to register a determined boundary in accordance with that determination.

A difference in judicial views like this is never helpful when advising clients, but now this uncertainty has been resolved.

Although only an Upper Tribunal decision, the judge is this case was a High Court judge, Mr Justice Morgan, sitting as a judge of the Upper Tribunal. The dispute was over whether the boundary ran along the centre line of a hedge or at the far side of the ditch from the hedge. The FTT held that the boundary ran along the centre line of the hedge even though it had also found that at some points the plan provided of the claimed boundary was inaccurate. Mr and Mrs Lowe appealed on the ground that the FTT had no power to make such an order where the plan was inaccurate.

Mr Justice Morgan found “the decision in Bean v Katz to be altogether more persuasive as to the jurisdiction of the FTT”. He went on to hold that “in a case where there is an issue as to the location of the boundary and also an issue as to the accuracy of the application plan, it is open to the FTT to decide all of the matters in dispute before it”.

The FTT had the power to decide where the true boundary was even though it was in a different position to where the plan claimed it was. Clients can, therefore, now be advised with more confidence that an application to determine a boundary will actually resolve that issue.