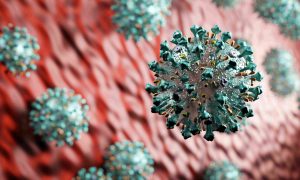 The Covid-19 pandemic is creating the biggest paradigm shift in the UK property sector since the arrival of the internet yet, after the initial shock of lockdown back in March, the return to work in May has seen large parts of the industry simply revert to the way things were before.

In my opinion this is a large part of the reason why sales transactions are taking over six months from listing to completion. It also contributes to why the substantial pipelines that most businesses have now created, are at risk of aborting, and not producing the much needed transactional income and economic benefits that everyone hoped for.

The Government has fuelled the flames with its stamp duty “holiday” which has brought forward the moving plans of many but, if reports of transaction times taking six months remain true, it is already too late for the majority to get their property on the market and expect to complete by the end of March next year! This is terrible news and a sad indictment on the inability of large parts of the industry to innovate and bring about positive change. Unless the Government makes permanent changes to stamp duty or extends the “holiday”, I foresee a “blood bath” in February and March with transactions either needing to be renegotiated (with mortgage lending issues etc.) or falling through.

Generically, conveyancers are, sadly, largely part of the problem rather than the solution. I am still hearing reports of staff on furlough, firms working from home with out dated IT that does not facilitate remote working and this, coupled with a reactive rather than proactive approach is a huge contributor to delays in the process. I appreciate the need for cashflow but this is less likely to materialise unless some resource is allocated to ensuring an ability to process the work.

Of course, mortgage lenders are reverting to Mark Twain’s famous description of bankers who are happy to lend you an umbrella when the sun is shining but demand it back as soon as it starts raining. Of course, one can understand a greater air of caution in these challenging times but the effects of these issues would be mitigated with buyers obtaining agreements in principle ahead of purchases and if the conveyancing process was swifter.

Search providers and management companies on leasehold properties are also failing to cover themselves in glory.

Estate agents who, in the last twenty years, have capitalised on their position as catalysts for the process and controlled the distribution of conveyancing work, often based more on receiving a referral fee than on the quality and speed of service being provided, have largely missed the opportunity to change and improve the process.

Back in March, the talk was of virtual viewings with agents accompanying potential buyers around properties on zoom or other web based software. Whilst, buyers are never likely (or advised) to purchase based on a virtual tour rather than a property visit, the more enlightened agents took the opportunity to restructure their operations so that the “virtual viewing” became the first stage viewing in the sales process, making better use of everyone’s time and meaning that when physical viewings took place, the conversion to offers and sales was much greater. Most agents now, in October, are back conducting large numbers of physical viewings with a “throw it against the wall and hope it sticks” approach.

Agents should, in co-operation with conveyancers, have moved far more proactively towards “legal ready” instructions. Quite simply, at the time the property is placed on the open market, the sellers side should prepare all of the standard information that a buyer will need so that by the time a buyer is found, a good two or three weeks can be taken off the overall transaction time.

I blame both agents and conveyancers for, in the main, failing to do this. Naivity from agents who are just happy to get a property on the market for sale and a reluctance from conveyancers to undertake any work that may prove abortive.

Most agents work on a no move, no fee basis and I have often argued that both they and conveyancers should be more closely aligned in the propositions they put in front of consumers. I understand the commercial imperatives but a combination of better use of IT and increasing fees would solve this aspect fairly easily.

My view is very simple, the only realistic way to speed up transactions and therefore reduce the delays and risks that come with it, is to get ahead of the game and for everyone to be better prepared. Sellers being legal ready and buyers being finance ready. It won’t solve everything but is would certainly help. It will need the professionals involved though to be brave and bring about change. The Home Buying and Selling Group (of which I am a participant) have issued their “pledge” and there are some local “schemes” emerging across the country to try and move forward.

Home Information Packs were perhaps deemed a failure but, whilst the implementation and product needed refinement, the intention and provision of upfront information was correct. That history is possibly tarnishing the landscape and causing too many to be too reticent about change.

It was Machiavelli that stated in his epic book the Prince:

“There is nothing more difficult to take in hand, more perilous to conduct, or more uncertain in its success than the introduction of a new order of things, because the innovator has for enemies all those who have done well under the old conditions and lukewarm defenders in those who may do well under the new.”

In my opinion, Covid19 will prove to be the current equivalent of the meteorite that killed off the original dinosaurs and, particularly if we see more local or even national restrictions put in place, many of the current dinosaurs who remain oblivious to the paradigm shift occurring, will probably remain so until it’s too late.