Confessions of a cyber conveyancer 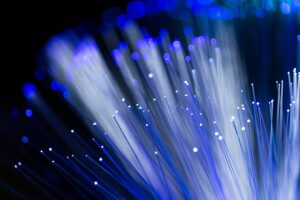 As we were getting into the last days before Christmas, deals were starting to unwind and exchanges were picking up. Confidence was rising that we’d finally get some transactions through before everything closed.

We even decided to treat ourselves to some mince pies for the office.

Things were looking up and people were starting to relax when we heard an unfamiliar and rather ominous beep coming from the hallway.

When you rely 100% on technology, a power failure does put a bit of a crimp on things.

Given the office is in downtown Guildford and we’ve been here for 10 years with little more than an occasional flicker of the lights, it was not what we were expecting last Tuesday. I guess this sums up the unpredictability that is 2021.

Power failures are interesting beasts because you can never really adequately test for them. You can install uninterruptable power supplies (UPS) and if you’re feeling a bit bored, unplug the routers to see your IT support company is on the ball.

However, instant and complete power failure is difficult to replicate.

In a technology-based business losing power mainly causes confusion. When the lights, along with about 150 monitors, went out, a strange kind of hush settled on the office. Then, naturally, everyone went to the windows for the reassurance that the entire main road was also out of power.  The fact the electricity gods had not picked on us specifically was strangely comforting.

Last year, we switched to a phone system that ran through our network and connected to our workstations. Not only was it cheaper and easier to run, but when a client calls in, their case pops up on the screen immediately.  If its an agent or another law firm, it brings up the list of cases we are working on with them.

This truly is the stuff of miracles.

But obviously with no power the phones weren’t working either.

Which heightened tensions a touch.

We needed a note on the website to warn the world ( because obviously they would be calling) that our phones were down. Luckily, our marketing manager was working from home so could make the change remotely. Slight problem was that we use Slack for communications, and of course, all our workstations were down. Luckily, texting, that robust bastion of revolutions is always available and within minutes the note was there.

One unexpected consequence was for our users working from home. That day we had about 45 people working remotely, merrily going about their business, an exchange here, an undertaking there, a report every now and again if they were particularly lucky.

Unless they were on the telephone to the office at the time, the only thing they knew was their connection to the systems disappeared. It was impossible for them to know what had happened, whether it was their Wifi, their internet, or indeed our internet. Obviously they couldn’t call us, so in amongst the midst of us trying to work out what to do next, the company WhatsApp group lit up and everyone was inundated with messages.

The challenges really were coming from all sides.

After 15 strangely quiet minutes, we were genuinely a little perplexed about what was Plan B. We knew Boris Johnson had experience with such Plans, but we weren’t 100% convinced he’d know what to do next.  Clearly we needed our UPSs to do better than Jack Dawson in Titanic and hang on for dear life.  There was about 30 minutes of juice in them and we needed every second of that.

Then, like the opposite of a canary down a mineshaft, the lights on our Christmas tree came on, and we knew that everything was going to be fine with the world.

Which of course it wasn’t.

We couldn’t get any of the legal teams’ machines to switch on.

Powering 35 workstations along with over 100 screens all at once is beyond the capabilities of most fuse boxes and ours was no different.  Lawyers and legal assistants were despatched under desks to turn everything off, so a gradual restart could be achieved.

Despite that small glitch, what was truly remarkable was that all our systems came back to life immediately. If the UPSs had not been able to put Jack to shame and kept the servers running, had we not been running Office365, it would have been a whole different story.  We would have been looking at least a day restoring the mailboxes for the entire system.

As it was, everything was up and running again in literally a few minutes.

So the telephones could start ringing again.

Which, naturally, because it’s nearly Christmas, they did. A lot.

Peter Ambrose is the Managing Director of The Partnership