The CMA investigation: where next for the regulation of the leasehold sector? 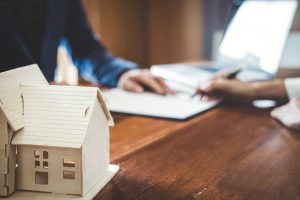 On 23 June 2021, the Competition and Markets Authority (the ‘CMA’) announced that it had obtained undertakings from Persimmon PLC and Aviva in relation to actions taken concerning ground rents and the sale of freeholds to leasehold houses.

Both relate to issues raised by the so-called ‘leasehold scandal’ – which has led (among other things) to the draft legislation before parliament in the shape of the Leasehold Reform (Ground Rent) Bill. The CMA announced its own investigation into the leasehold sector in September 2020.

The investigation has focused on companies which have acquired or sought to grant leases where ground rents double at intervals of less than 20 years and in the case of leasehold houses where misleading or incorrect information may have been given about the likely cost of buying the freehold at a later date.

This is a significant step towards the regulation of the market and whilst the undertakings are not admissions of illegal behaviour under the Enterprise Act 2002, they do show a big commitment to a ‘direction of travel’ from government towards clamping down on ‘abuses’ in the leasehold sector.

The undertakings that have been obtained are in the nature of a voluntary ‘settlement’ or open commitment which are likely to prevent further enforcement action – i.e. they are given without any admission that either company has breached the law, but in response to the CMA investigation and action taken they are open and enforceable promises to do certain things to ‘correct’ certain behaviours. The undertakings themselves do not prevent further investigation or enforcement being undertaken by the CMA but are likely to have addressed the issues raised by the regulator in its investigation.

These are the first two published undertakings and investigations continue into other players in this market including, Brigante, Adriatic Land and Abacus Land. The CMA is also investigating Taylor Wimpey and Barratt and Countryside, so we may expect further news on these investigations soon.

The Aviva undertaking applies not only to existing leases within their portfolio where the ground rent doubles at intervals of less than 20 years, but also to those cases where variations have been made already to change these ‘onerous’ ground rent clauses to RPI (Retail Price Index) reviews at the same intervals.

Aviva give a commitment to change these RPI reviews to the original rent paid under the leases and to fix this for the remainder of the lease term with no variation. In addition, they offer to repay ground rent overpaid, not only by any current owner but also by any former owner in cases where they still own the freehold.

In the case of Persimmon there is a commitment to allow leaseholders to purchase the freehold of their leasehold house for the sum of £2,000 or any lesser figure that would apply under the 1967 enfranchisement legislation. In addition, Persimmon have agreed to increase the length of time for a buyer to get to an exchange of contracts under its ‘reservation agreements’ to 42 days in the case of leasehold properties to allow for proper advice to be taken by the buyer and avoid undue pressure in the sales process.

So, what will the rest of the sector do? – ground rents

There is a sharp contrast between the Aviva undertaking and the commitment given to parliament and the Select Committee on Leasehold Reform in June 2019. That document, signed by around 70 large freeholders (including Aviva) – the so called ‘pledge’ – was an open commitment to convert onerous ground rent clauses to RPI reviews. Following on from this, in many cases freeholders have already made offers to do this and many leaseholders have already varied their leases in this way.

The Aviva commitment goes further than this – offering to take away even RPI reviews and to return the ground rent level to the initial level in the lease for the remainder of the lease term.

The Aviva offer is also generous in that they are offering to repay ground rent paid over and above the initial ‘base level’ of the initial ground rent in any lease and to fix the rents in all leases affected to the original rent level.

I am not sure that other freeholders, particularly the 70 other signatories the ‘pledge’ are likely to want to move in this direction voluntarily.

However, if the CMA has the appetite pursue a number of other institutional landlords, which it does seems to have, then it would seem to be more likely than not that there will be further voluntary settlement and/or steps taken to amend leases in a similar way.

Smaller or non-institutional landlords are not going to find it so easy to be able to behave in this way and I would be very surprised if there is any voluntary movement from them.

So, what will the rest of the sector do? – leasehold houses

As to the sale of leasehold houses, the government has already made plain that it wants to see this practice discontinued and one of the key objectives of the Leasehold Reform (Ground Rent) Bill is to remove ground rent for all new leases – and so, a key incentive towards granting leases of houses (except where necessary for title reasons) will be removed.

Will this shape the market for freeholds?

What is also interesting about the Aviva undertaking is that there is also a commitment to seek to make similar amendments to any leases that are brought into their portfolio.

This may begin to set a ‘tone’ for the market for freeholds where the leases have RPI, or less than 20-year doubling reviews – and no doubt this is the intention. If this position were to be adopted across the market these freehold reversions will be down valued to take account of the fact that the rents are likely to be treated as being fixed for the whole lease term.

The key question is then how such potential lease variations will now be ‘priced in.’

For the investor there is the risk that the right to continue to receive a ground rent income of this sort may be prejudiced by the need to repay. There will be a balancing decision for fund managers as to how to handle this.  I anticipate that the overall values of the underlying assets will be written down to reflect this risk and that provision will be made for potential future repayment. I expect in the case of a number of larger institutions this has already been done.

What is the likely effect of this?

This can only be good news for leaseholders in the short term, although this may not be such good news for the long-term stable income/bond market.

One of the most likely indirect effects of this may well be that ‘capitalisation rate’ applied to ground rents in enfranchisement calculations will be subject to further decrease, based on market evidence and a change in how a buyer of freeholds will now look the likely income over time.

If this happens, the cost of compensating for the lost ground rent income will increase, so there may be an indirect increase in enfranchisement costs elsewhere.