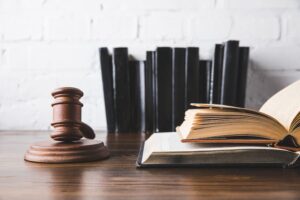 Inevitably, there is a little more to this than can be encapsulated in a headline but the issue is of major concern because it may apply to the terms of business commonly used by most large solicitors’ firms and many smaller firms.

The case (12262 / 2021) concerns fines imposed by the Solicitors Disciplinary Tribunal (SDT). The substantive basis for the Solicitors Regulation Authority (SRA) prosecution was a Stamp Duty Land Tax (SDLT) scheme which breached SRA Warning Notices.  The solicitor was fined £7,000 and the firm £10,000 by the SDT under an agreed outcome. Each agreed to pay £15,000 costs.

It was alleged that on various dates between 2010 and 2014 the solicitor improperly sought to limit liability in respect of claims and/or limit the timeframe in which a claim could be made in breach numerous provisions of the Solicitors’ Code of Conduct 2007 (the 2007 Code) and the SRA Code of Conduct 2011 (the 2011 Code).

The allegations may essentially be distilled to the following two provisions –

If you are a recognised body or a recognised sole practitioner, you must not exclude or attempt to exclude by contract all liability to your clients. However, you may limit your liability, provided that such limitation:

clients have the benefit of your compulsory professional indemnity insurance and you do not exclude or attempt to exclude liability below the minimum level of cover required by the SRA Indemnity Insurance Rules;

A provision with similar effect now appears in rule 3.2 of the SRA Indemnity Insurance Rules 2019.

The minimum level of cover per claim for these purposes under the SRA Minimum Terms and Conditions (MTC) is £2m for sole practitioners and partnerships and £3m for other practices including LLPs, limited companies and ABSs.

Under the firm’s engagement letters in approximately ten cases, clients agreed not to bring a claim against any staff or members of the firm.  They also agreed to limit the time in which it was possible to make a claim against the firm to three years from the date of the alleged act or omission or twelve months from the date they became aware of it as appropriate.

The first of these allegations, relating to the exclusion of claims against staff or members of the firm, is extraordinary because guidance note 70 to the 2007 Code stated –

That and other guidance was technically repealed by the 2011 Code, but no guidance has been published since which suggests that the requirements on solicitors have become more onerous.

The provision is common in the terms of business used by large law firms and many smaller ones.  It is hard to see what is objectionable about it, as substantial client protection is maintained through the firm and its insurance.  This appears, therefore, to be a case of over-zealous prosecution.

The position regarding the second allegation, relating to the reduction in time limit, is less clear-cut and the period specified was shorter than others the writer has seen.   But again, putting to one side the rather short period which applied here, is it really objectionable in principle to limit the time for claims to be made?  It could even benefit the client, for example, if a claim is made while an insurer remains solvent.

In any event, should the SRA, through conduct rules, prevent solicitors from limiting their liability to the mandatory insurance limit, putting their personal assets on the line?  There may be many circumstances in which that level of cover is not available to meet a claim, such as the application of the aggregation clause, under which multiple similar claims may be subject to a single limit of indemnity; indeed, the facts here involved ten similar cases.

The time is now ripe for a review of the SRA restriction on limiting liability, and guidance on what is and is not considered appropriate.

Frank Maher is a partner in Legal Risk LLP, solicitors specialising in professional regulation and professional indemnity insurance law.  This is a shortened version of an article which appears on www.legalrisk.co.uk.