How can the consumer’s home purchase/sale experience be improved? 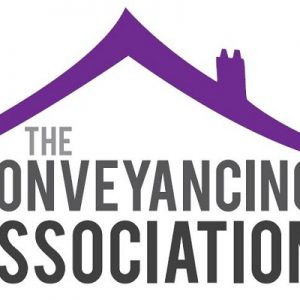 Eddie Goldsmith discusses issues within the home buying and selling process, following a roundtable hosted by the Conveyancing Association attended by many industry stakeholders.

After the Association’s recent AGM we held a roundtable comprised of many industry stakeholders all looking to respond to a presentation by Alex Lochead of the Department for Business, Innovation and Skills (BIS). As you will no doubt know, the BIS is soon to issue its ‘Call for evidence’ on the consumer experience of buying/selling homes and it will be looking for industry guidance on the process itself and areas which could be improved to make that experience a better one.

Now, to say the BIS has a big job on its hands, would I think be the understatement of the year. Effectively there are no boundaries – while this is not a Consultation Paper we can probably expect that it will eventually result in a number of measures which attempt to meet the goal of a better consumer experience. How we get to that point is still up in the air although we should certainly not expect the return of the Home Information Pack (HIP) anytime soon. Alex repeated this assertion a number of times.

So, what are the starting blocks for this ‘Call for evidence’? Well, without wishing to steal the BIS’s thunder it has conducted some significant research into the home buying/selling process and consumers’ own experiences. Unsurprisingly perhaps, a number of the results focus on delays, costs, and the reasons why there are fall-throughs and completions do not happen. Again, this will not be a shock to anyone, but the BIS wants to hear from the industry on the ways in which all of these measures can be reduced.

It would also seem the issues which drove the design of the HIP are still on the agenda. Although – and let’s state this once again – HIPs will NOT be returning. But, we were told, there are still major issues to be sorted around the provision of information for all concerned; indeed it was also highlighted that the ability to secure the right information at the right time – namely earlier in the process – might be considered a real benefit. Are we therefore looking at some consideration of ‘Son of HIP’? Dare I say it – a HIP replacement?

The potential to disclose more of the required information upfront was also positioned alongside the potential for measures which might make the fall-through of transactions less likely. Thus, there was talk of both the seller and the purchaser showing far more commitment earlier, although how such commitment might actually be shown and enforced is another matter entirely. There are many reasons why both parties can (and do) pull out of transactions and introducing some sort of binding commitment does of course mean that we take away a great deal of flexibility.

Alex also tackled a number of related areas – notably the potential for a ‘fast-track conveyancing process’ although as one of our member firms pointed out, there is not a conveyancing firm in the land who wants to hold onto a case longer than absolutely necessary. Then, what about search results – they take too long and are pricey say consumers. Plus, the very existence of property chains, we were told breeds a lack of trust between parties. Can we have greater transparency and therefore take away some of this distrust by being more upfront? Then of course there is the small issue of the mortgage lender and its information requirements – would it be possible for the lenders to speed up decisions on credit matters/affordability/valuations, etc? Could, for instance, the borrower be pre-checked on affordability prior to the introduction of the property?

It is as you can see a wide-ranging review and no area of the process appears to be off limits. As I listened to Alex speak, I couldn’t help but think that – in some areas – it was ‘Mission Impossible’; indeed, if we go in seeking perfection then I believe no-one is going to come away happy with the results. Plus of course, with no intention of bringing back HIPs, plus no intention of introducing the Scottish system South of the border, what solution might work?

At the moment the answer to that, and many other questions, remains up in the air. As we stand the ‘Call to evidence’ has not yet been issued, however the CA does of course plan to play a major role in responding and ascertaining what our members would like to see and how the conveyancing sector might be able to support a better process. Whatever the final outcomes, getting there is a huge job – indeed just taking on the challenge deserves some sort of commendation. We, like the rest of the market I’m sure, await this first stage and will look to play a full role every step of the way.