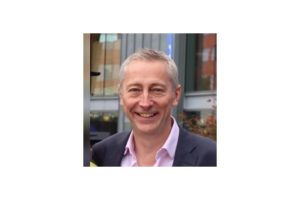 David Parton, who heads Shoosmiths’ UK residential conveyancing team, which last year dealt with more than 100 property transactions with values exceeding £1 million, comments on the Chancellor’s decision to extend the SDLT holiday in the Budget:

“The extension of the stamp duty land tax (SDLT) holiday holding the nil rate bank until the end of June at £500,000 and a tiered step change reduction to a £250,000 nil rate band to end September when the nil rate band will return to the pre pandemic £125,000 level may be welcome in some quarters but in a very real sense it introduces further cliff edge events to the residential property market.

“In common with most conveyancing firms, Shoosmiths has found itself overrun with instructions with buyers falling over each other to beat the stamp duty relief end date of 31 March whilst seeking to help our clients in the midst of lockdown. We suggested to the Chancellor and Treasury in mid-January what we considered to be a better way to avoid a cliff edge event in the market (and alleviate the pressure) and subsequent lobbying by a number of professional property bodies followed with similar proposals to alleviate industry pressure.

“However, whilst the full details are awaited, the announcements in the Budget have effectively only served to create three cliff edges: those clients already targeting what was the pre-Easter first deadline, fixed now in their minds that they would be moving imminently. A second cliff edge at the end of June with those stragglers seeking to maximise the nil rate band benefit and an opportunity for more latecomers to crowd in to try and beat either of the later deadlines through the late Spring and then Summer period. And finally, removing all relief at end September is likely to take the wind out of the market’s sails entirely as we enter the Autumn, flattening the market for six months before the customary Spring resurgence.”

“What’s clear is that those who actually project manage the conveyancing and lending work that arises from transactions agreed are now faced with a difficult year. How immediately to react and give a client an estimate of the expenses to budget for against this backdrop when embarking on a transaction is likely to become even more difficult, with three variable rates depending upon the date of completion in 2021 to account on top of complexities depending upon the status of the buyer with different rules for the first time buyer, property investor or company purchaser and whether the buyer is UK-resident .”