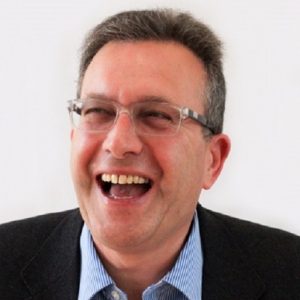 Eddie Goldsmith, Chairman of the CA shares his thoughts on the last 12 months, and what we are to expect for the year ahead

How, when the year has yet to end, do you even begin to sum up 2016? Tumultuous? Topsy-turvy? Uncertain? Unstable? Depressing? Quite simply, it has been the year of the unknowable. Incredibly difficult to predict and quite liable to go in completely the opposite direction to where you imagined it was heading. And looking ahead at what 2017 might have lined up to us, it’s quite easy to think that the unpredictability will continue for some time to come.

We are constantly told that “the markets hate uncertainty” and perhaps 2016 has given us ample evidence to prove that particular point. This was a year when just when you thought a degree of stability had been delivered, events determined otherwise. I can think of no other year since the Credit Crunch and subsequent recession which has produced the same levels of panic and fear which appear to have shaped not just our industry in the last 12 months, but the entire UK economy.

Housing, in particular, has been a roller-coaster – from the highs of the pre-stamp duty change activity boost, to the lows of the post-EU referendum months, no one month has been the same and the market continues to suffer from the huge underlying problems that exist, namely supply, and the constant regulatory and political intervention which changes the nature of the roller-coaster ride (seemingly) every couple of weeks.

From a conveyancing perspective, how do we deal with the shifting nature of the housing market, where at one end of the scale we are expected to complete deals in just a few short weeks (even days) in order to meet deadlines, while the process remains broken in a number of key areas, and where it can be far too easy to put the blame on the solicitor for any delay? Communication breakdown is still far too evident, plus we have major challenges to overcome in tackling key issues like cyberfraud, leasehold costs/delays, lender interaction, to name but a few.

It was within such an environment that we, at the CA, decided to take the bull by the horns and have recently published our White Paper on improving the home buying process in order to set out a number of potential ‘quick wins’ as well as a more, dare I say it, utopian vision of what the process could (and perhaps should) look like in the future. We have been pleasantly surprised by the level of engagement with a huge array of stakeholders on this very subject, in recognition I think that the industry has to be in the driving seat when it comes to the change required. After all, it is our firms who are at the coal-face, but we also accept that only by working with others active within the process can we reach a far better position.

In our White Paper we set out a number of potential changes which we believe could provide far greater benefits, particularly for consumers, when it comes to their own home buying experience. When talking about potential predictions for 2017, it would be nice to think that we can, by working together, begin to deliver on some of these – especially those which can cut down on the delays and cost within the process. I’m thinking particularly of leasehold transactions but also cutting down on post-valuation enquiries, and (again dare I say it) a move to deliver more of the required information up-front in the process.

Apart from that, I would find it very hard to go out on a limb in terms of what might be coming over the horizon for our market, especially when you consider the timings (and future hold-ups) for Brexit, the negotiations, etc, and how these monumental changes will impact on our own work but also the housing and mortgage markets, and the UK economy.

People might be happy to make predictions but given the fact these are unprecedented times, I think it’s more important that we focus on those areas which we can change and control, and hopefully have the right plans and strategies in place to react positively when those changes eventually hit home. It’s a difficult ask I appreciate but these are the times we are living in – what I can say is that it’s unlikely to be plain sailing and remaining positive and strong will be key to getting us through these choppy waters.